Anna Berti Suman conducted a field study in Japan, to interview citizens who have been measuring nuclear radiation since the 2011 Fukushima disaster, and ran into some unexpected challenges. The Tilburg University PhD candidate investigates the use of citizen sensing in environmental law and governance. And she aims to design a toolkit to support citizens and policy makers using environmental data gathered by citizens.

“The people who are most exposed to environmental crimes and disasters are often the least included in in official environmental decision-making processes. When I was an environmental lawyer in Ecuador I was struck personally by the fact that people had been exposed to oil contamination for a long time without even knowing the extent and actual impact of the pollution on their health. With sensor technology, such as air quality-monitoring apps for mobile phones, affected people may avoid that. A way for the Ecuadorian victims’ to be in control and ground their legal claims against Chevron with evidence was to monitor the oil spill by means of drones."

"As an environmental lawyer I was triggered by how communities perceive environmental law and risk governance affecting their own health, especially when they are exposed to a crime or disaster and do not trust the law or the government. In my PhD research I focus on the so-called practice of ‘citizen sensing’ which is the use by citizens of sensor technology to measure environmental health risks, in a conflict situation between citizens and the government. Under which conditions do governments accept to include citizens’ data in environmental policy and decision-making in such a situation of distrust? Communities can use data to be heard and governments may actually benefit from access to better or missing data. In my view, staying in conflict constitutes a missed opportunity for a solution." 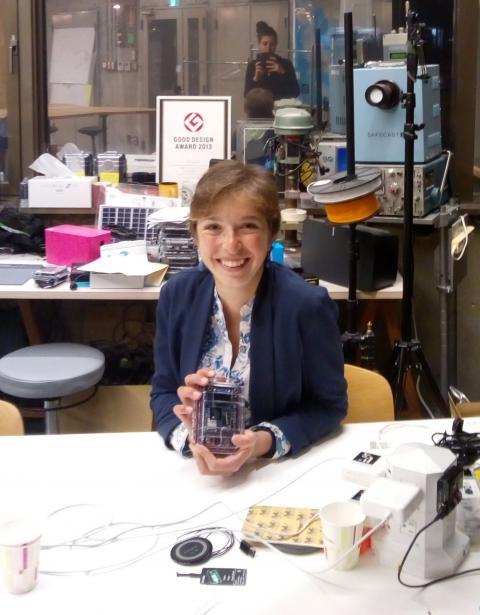 "I’ve studied several cases, one of which was noise pollution measurement by citizens in response to the expansion of Schiphol Airport.  My previous supervisor pointed me towards what was the most fitting case for my research: the nuclear disaster in Japan caused by the tsunami of 2011. There was a massive environmental problem, considerable distrust between the people and the pro-nuclear government and probably the largest radiation-citizen sensing initiative to date: Safecast. This initiative started with a few people in a neighborhood of Tokyo and has grown into an international citizen sensing network."

Photograph: Anna Berti Suman at the Safecast office in Japan

"After initial desk research I realized I was missing ‘real’ Japanese voices as well as views of local authorities, academics and smaller citizen initiatives, often less visible in international media. I had conducted some Skype interviews, but people appeared to be reluctant to talk. So I decided to ‘dare’ to do a field study in Japan, which required extra funding and extra permission from the ethical review board – quite a complex process.

Moreover, there were several obstacles to overcome in Japan. Probably the most important one was how to get beyond the black-and-white picture the various parties gave me. Both the Safecast citizen initiative and the authorities said they had different agenda’s and would not talk to each other under any circumstances, whereas I was looking for cooperative ways forward. Sometimes I just had to give up asking, because it is very impolite in Japan to insist.

After having built trust in the conversation and adopting the strategy of asking indirect questions, I eventually did manage to go further. Still, in Japanese culture a lot is left unsaid and you don’t talk politics in public. I have to treat my data with great care from an ethical point of view as well."

"Even though my ‘standardized’ questionnaire did not fit the Japanese context, I can answer my most important research questions with the findings. What’s more, they call for a great deal of further research. I’d love to undertake that research after having finished my doctoral dissertation.

The biggest eye-opener for me was that we cannot depart from the same starting point in every country. The situation in Japan is very different from that in Europe, for instance. This will have to be reflected when I will engage in recommendations for making use of citizen sensing in environmental policy and decision-making." 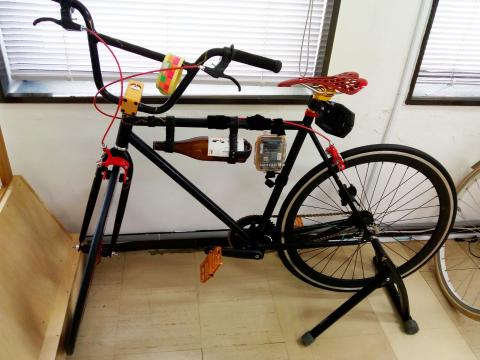 To trust or not to trust

"A personal, quite negative conclusion is that you really need to cross check everything these days. The use of citizen sensing technology provides opportunities for ‘watching over’ official data, but also citizen data can never be completely trusted. In addition, civic monitoring may even stimulate more distrust. That is quite scary, because society is to a large extent built on trust. And I’m a trusting person by nature. If this trust is gone, the system could break down.

In the last chapter of my dissertation I will propose a regulatory framework for integrating citizen sensing into environmental law and governance. I also see it as a big responsibility to brief all participants in my research in a way that is accessible to them. A toolkit may help citizen sensing communities to have more impact on government policy, or in court cases if need be, and policy makers to integrate citizen’s data in their decisions. Deep down I’m still an environmental lawyer who wants citizens to be heard.”