The Back Door of the Coffeeshops

Although it is tolerated to buy and sell marijuana in the Netherlands, it is not legal. Professor Tops will tell you more about the Dutch policy towards (soft) drugs and his research on the Dutch drug trade and its effects on society. (English / SG-Certificate*)

Time: 16:45-17:45 hrs.
Admission after registration, only accessible for students and employees of Tilburg University.

While many believe marijuana is legal under Dutch law, it is not. Rather, the Netherlands follows the principle of ‘gedogen’. There is no exact translation for ‘gedogen’, but it falls somewhere between ‘tolerance’ and ‘turning a blind eye’. The Dutch coffeeshops are establishments where cannabis is sold for personal consumption.

This means there is a contradiction, as a coffeeshop is allowed to buy and sell cannabis within the legally tolerated limits, but its suppliers are not allowed to grow or import it, or to sell it to the coffeeshop: "The front door is open, but the backdoor is illegal."

A coffeeshop may not have more than 500 grams of cannabis in stock. An unrealistic number, considering that most coffeeshops offer around 10 types of weed and / or hashish and that they can sell a maximum of 5 grams per customer. The transport of cannabis is prohibited. However, a coffee shop needs to be supplied several times a day.

So where does the illegal cannabis that is sold in the country’s coffeeshops actually come from? The answer is an open secret. The southern province of Brabant (where Tilburg is located), plays an important role. Such is the scale of the business locally that in the city of Tilburg alone the cannabis industry generates around €800 million annually and “employs” 2,500 local people in “cannabis-related activities” every day, according to a 2016 study of what’s intriguingly become known as “illegal entrepreneurship”.

Professor Pieter Tops (Tilburg University, Leiden University, Police Academy) has spent years doing research on the Dutch drug trade and the effects of organized crime on society. In 2017, Tops drew nationwide attention with the publication of the book "De achterkant van Nederland. Hoe onder- en bovenwereld verstrengeld raken"; that he wrote in collaboration with journalist Jan Tromp of Dutch newspaper 'de Volkskrant' on the intermingling of organised crime in the Netherlands. In January 2018, it was succeeded by the book: "Een ongetemde buurt Achterstand, ondernemingszin en criminaliteit in een volksbuurt”; a history of two notorious working class neighbourhoods in the city of Tilburg. In 2018, he also published the research report "Waar een klein land groot in kan zijn Nederland en synthetische drugs in de afgelopen 50 jaar"; on the production of synthetic drugs in the Netherlands. 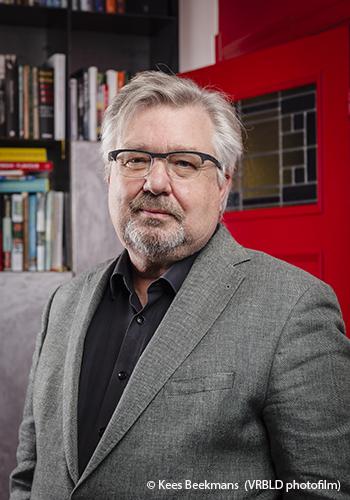 This lecture is one of a series of lectures which tell you everything about the Netherlands! The events are open to all students, staff, and other interested parties but are specially designed for internationals.

Do you have a topic or a professor in mind for this series of lectures? Please feel free to make a suggestion and contact studiumgenerale@tilburguniversity.edu.

This event will take place on the campus of Tilburg University and we will take into account the current COVID-19 measures.