Data Morgana is a short lecture series, divided into four parts, about the promises, hype, and misconceptions surrounding data science. Join us at this first session, where we ask the question: does the advent of data science pose a contemporary Euthyphro dilemma? (English / SG-Certificate*)

Data is the new gold! Does that mean data scientists are the new alchemists? In this short lecture series, we discuss the role of data science in general scientific practice, and in our global society. We look beyond the hype, beyond the mirage of unlimited promises and beyond hollow buzzwords. What have we accomplished with data science; what has it cost us; and what can we actually expect from it in the future? In this first session, our focus is on the Advent of Data Science.

Dr. Richard Starmans is managing director of The Netherlands Research School for Information and Knowledge Systems (SIKS). He is also an Associate Professor at the Tilburg School of Humanities and Digital Sciences (Tilburg University). 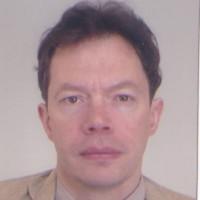 His research and publications focus primarily on the intersection between philosophy and science, specifically mathematical statistics, data science and artificial intelligence. In the “Handbook of Big Data” (Buelmann et al, Chapman & Hall/CRC, New York, 2016), Starmans wrote the chapter on the foundations of data science titled: “The Advent of Data Science – some considerations on the unreasonable effectiveness of data”.

Our next Data Morgana sessions