The Economics of Languages

How does an economist look at languages? Is learning a (second) language a good investment? What are the economic effects of multilingualism? What should be the official language(s) of the European Union? Learn all you need to know in this ‘pressure-cooker-lecture’. (English / SG-Certificate*)

Register for this event

In today’s globalized world, people are increasingly mobile and often need to communicate across different languages. Learning a new language is similar to an investment in human capital. Migrants must learn the language of their destination country, but even non-migrants must often learn other languages if their work involves communicating with foreigners. Economic studies have shown that fluency in a dominant language is important to economic success and increases economic efficiency. However, maintaining linguistic diversity also has value since language is also an expression of people’s culture.

The European Union has expanded to 27 countries, bringing the number of official languages to 24. Currently, the EU extends equal treatment to all member countries’ official languages. This, however, is costly, especially since many Europeans speak one of the procedural languages, English, French or German, either as a native or a foreign language.

What is the most economical way to go about this issue?

Jan Fidrmuc is Professor and holder of ‘Accueil de talents 2020’ chair of excellence at the department of Economics and Management at Université de Lille, in France. His research interests include political economy, economic development, institutional economics and labor/family economics. He has published his research in leading European and international peer-reviewed journals, including the European Economic Review, European Journal of Political Economy, Journal of Comparative Economics, and Electoral Studies. 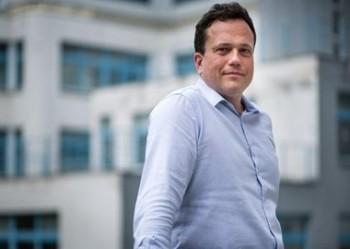 Jan Fidrmuc obtained his PhD from Center for Economic Research at Tilburg University in 1999.

All You Need to Know About…

This is a lecture in the series of introductory lectures on essential topics and inspirational thinkers in academia and the arts. After this ‘pressure cooker’ of maximum 60 minutes by an expert you can safely engage in a conversation about the topic discussed. Read more about the series All You Need to Know About...

This lecture is organized by Studium Generale in cooperation with ESN Tilburg.