The Myth of Religious Violence

Theologian William T. Cavanaugh challenges the conventional wisdom that religion has a dangerous tendency to promote violence. He will unravel the constructed categories of ‘religion’ and ‘the secular’ to debunk this myth. (English / SG-Certificate*)

Register for this event

The idea that religion has a dangerous tendency to promote violence is part of the conventional wisdom of Western societies. This idea underlies many of our institutions and policies, from limits on the public role of religion to efforts to promote liberal democracy in the Middle East. William T. Cavanaugh challenges this conventional wisdom by examining how the twin categories of ‘religion’ and ‘the secular’ are constructed.

A growing body of scholarly work explores how the category 'religion' has been constructed in the modern West and in colonial contexts according to specific configurations of political power. Cavanaugh draws on this scholarship to examine how timeless and transcultural categories of 'religion’ and 'the secular' are used in arguments that religion causes violence.

Cavenaugh argues three points: 1) There is no transhistorical and transcultural essence of religion. What counts as religious or secular in any given context is a function of political configurations of power; 2) Such a transhistorical and transcultural concept of religion as non-rational and prone to violence is one of the foundational legitimating myths of Western society; 3) This myth can be and is used to legitimate neo-colonial violence against non-Western others, particularly the Muslim world.

William Cavanaugh is professor of Catholic studies and director of the Center for World Catholicism and Intercultural Theology, DePaul University in Chicago.

After his introduction he will be interviewed by theologian Sanneke Brouwers, Chaplain at Ministry of Defence and PhD candidate at Tilburg School of Catholic Theology. 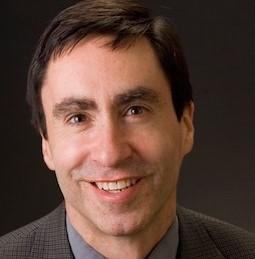 This symposium is organized by Studium Generale in cooperation with De Zinnen (Catholic Network for Inspiration and Dialogue) and  Luce / Center for Religious Communication of Tilburg School of Catholic Theology.