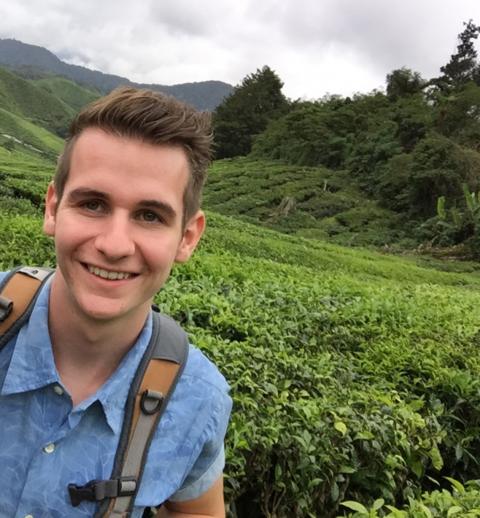 With deep sadness we received the news that our beloved friend Vince van Well passed away on Monday, June 3rd 2019. Vince was a former Business Economics student and Chairman of MAK Mentorship System (2017-2018).

Vince was born on August 22nd 1996 and grew up in Sittard. After graduating from high school he decided to study at Tilburg University, and obtained his bachelor degree in 2018. Besides his studies he joined MAK Mentorship System and became a Study Ambassador for TiSEM. Vince had an incredible sense of responsibility and was truly interested in others.

During his time at Tilburg University we got to know Vince as a warm, kind, open, hard-working and ambitious person. Due to his ‘work hard, play hard’ mentality, he was capable of getting the most out of his student life. ‘He was extremely dedicated to MAK as an organization and above all, to MAK as a close group of friends. MAKkers will remember him as a person who was always involved within the group. He always took initiative to connect MAKkers. He will always be the dear friend we got to know’ (MAKkers). Besides his dedication to MAKkers, he was always willing to help out others, and guided students through their academic career. The past years he was actively involved in setting up a new mentoring system for TiSEM.

‘I remember Vince as a jovial and highly responsible person in his MAK leadership role. During our first lunch meeting in Esplanade it became clear that Vince took his role seriously, he represented a great example of the character dimension of the Tilburg Education Profile we seek in our students. The Education Support Team and myself admired his proactive and direct approach and his heart for student matters during our regular meetings.’(Philip Joos)

In honor of his memory, we have opened a book of condolence in the corridor of building E so that everybody can express their personal memories of Vince.

Our thoughts and deepest sympathy go out to his family, friends and fellow students as they deal with this great loss. Vince will be fondly remembered by many.