The large protests have put racism back on the agenda. How are these protests different from ones in the past?

Blommaert: "I’ll give you an example from personal experience. I took  a degree program in Africa Studies. It had been designed by a generation of professors who had grown up in colonialist times. They studied pictures of ‘the African’ and talked about ‘the African’ as being unequal. ‘The African’ himself was never allowed to be heard. Less than 5 per cent of the resources in the library I had access to originated with Africans. When I became a lecturer myself I introduced the Racism course into the curriculum."

Decolonization did not amount to liberation

"Our modern-day view of everything we think we know is filtered by a mounting stack of images of ‘the other’: Africans live in tribes, they go naked, they are lazy and essentially really only children. This goes as much for the Belgian perspective on Africa as it does for the Dutch view of Indonesia, the Antilles, and Suriname. On cookie jars and posters and in pictures, black people were habitually portrayed as stereotypes. Decolonization did not amount to liberation; it entailed rejection by the West. Belgians never wanted the Congolese to come to their country; the authorities sought to discourage them from doing so and even set stringent conditions on admission to seminaries and universities. They remained ‘the other’ and they had really better stay ‘over there’." 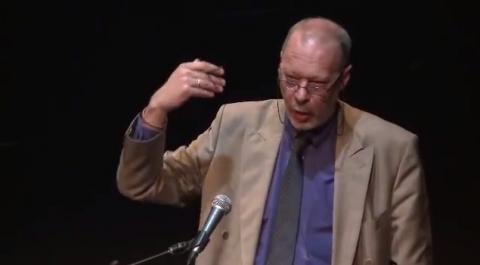 Prof. Jan Blommaert: "Yes, I’m an idealist, a child of the Enlightenment; I take the notion that all are born equal most seriously."

"Westerners are used to being hailed as the champions of equality, but it bears remembering that when the Enlightenment was at its apogee, in Spinoza’s time, we amassed fabulous wealth through the slave trade. We have established for ourselves an enduring and persistent tradition of viewing ourselves and the world that we have come to see as normal. This tradition relegates ‘the other’ to an immutable position of inferiority."

Blommaert: "Returning to the present, the demonstrations are not without precedent. These are not the first protests against racism and the defaced or torn down statues are not the first to suffer this fate. But amidst the repetition I do see new elements. The new social media infrastructure with its concomitant hashtag (#blacklivesmatter) mechanism generates social mobilization on a terrific scale. It is an entirely new format for people to connect worldwide, to network. This new format attracts many influential celebrities, such as legendary basketball player and ‘God of Dunk’ Michael Jordan. He never spoke out before, but now he puts millions into all kinds of social projects. Taylor Swift, to name another one, has 40 to 50 million followers. These are people, forces, and movements that should be reckoned with." 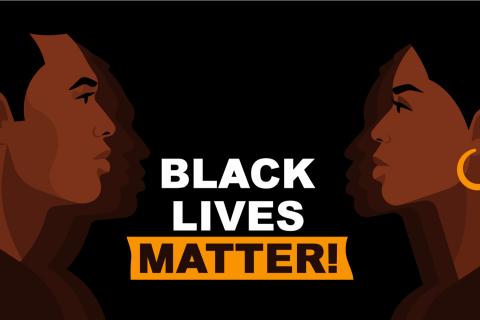 "Also, racism and its expressions are recurring patterns, but they no longer go unnoticed, unpunished. Police brutality is everywhere, but the new infrastructure of social protest records all. There’s always a smartphone to record events, nothing gets lost. Hashtag activism is causing problems for such conservative and populist rulers as Trump."

"The new infrastructure can help ensure that the intensity of the large protests keeps ups momentum. Low-intensity warfare, as I call it. Organizations are being set up, funds are being created, people are beginning to take the long view on activism. When in the past racist incidents occurred, investigations would be conducted, reports would be written, and all recommendations came to nothing. Now the old history of inequality is laid bare, exposed by infrastructural protests whose impact is much stronger and can no longer be silenced."

How can racism, whether institutional or not, be pushed back?

Blommaert: "I would go beyond that: we must now work to achieve real equality. It was Martin Luther King who said that we should not judge people by their appearance, but by their substance: who they are. It is immaterial whether someone has only one leg, is blind, a woman, a transgender, or has different skin color. The ideal of a good world is that we seek to attain it using the best resources available. We should aspire to be color-blind. It’s a terrible thing to realize that so many talented people go unrecognized simply because of how they look, when the next Nobel Prize winner could be amongst them."

Blommaert: "We won’t get there without a fight: the world doesn’t put itself to rights. But today we are much better placed: thanks to the new infrastructure more knowledge about racism is now broadly available. Compare that to the black civil rights movement in the 1970s: King depended on the broadcast networks. Lynching just happened; it wasn’t recorded and crimes were not brought to light. The fight now faces many forces that resist change: Trump, Bolsonaro, Brexit. And the EU institutions suffer from inertia: they deny, delay, or don’t cooperate. But we all benefit from equality. Look at national soccer: remove the black players from the equation and the national league is no more."

"It’s about equality in its broadest sense. I hope I will be succeeded by a woman who is not like me. The academic community continues to be dominated by old white men. Things are slowly getting better, but we have a long way to go yet and the pace is slow."

What is your take on the tone of the public debate on racism?

Blommaert: "Here, too, I see history repeating itself to some extent: 25 years ago we heard the same groups and the same conservative voices. But there’s a new factor that gives grounds for optimism: highly educated young people with a non-migratory background who can lucidly explain how white people perceive and experience the normalization of racism. That is a significant talent and immensely enriches the debate. I hope we’ll not let their voices go to waste. They should not be raised in parliament, but outside, through activism and in civic organizations. It really is paramount that we in the academic world try to empower them. We can offer them counsel and consultation, a setup in which we serve as a repository of real-life arguments. They need not invent the wheel all over again."

Here’s the gateway to the University: it’s open

Blommaert: "Yes, I’m an idealist, a child of the Enlightenment; I take the notion that all are born equal most seriously. Teaching is not about educating the talented few, but about offering equal opportunities to all. Universities are the most democratic of societies; they are sanctuaries, seedbeds not just for integration, but also for supporting people with knowledge and experience." 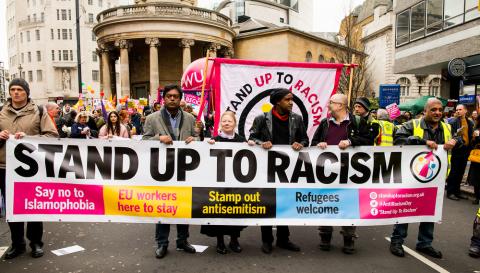 "It is incumbent on us to send out an invitation with a clear message: come to us, use our research groups, share and create ideas with us, meet partners from a great many disciplines, tap into important knowledge resources. Here’s the gateway to the University: it’s open. Many, though, feel held back, as if they must be really special to make the cut. But actually, it’s a store where you can have fun shopping, and meet people who love talking about their ‘merchandise’. It is your gateway." 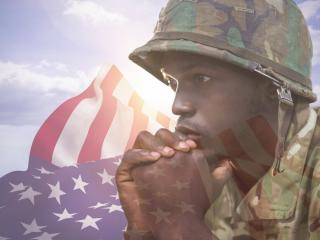 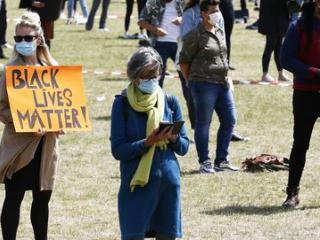 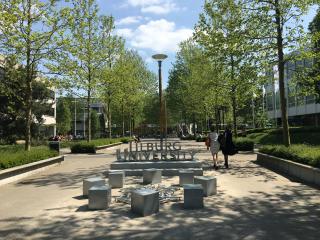