The Bundesliga & corona: Smashing the myth of home advantage

The German Bundesliga was the first European soccer league to resume play after the quarantine rules for the corona crisis were relaxed. The competition started again on May 16, without live spectators, after an interruption of more than two months. John Einmahl and Jan Magnus, both experts in statistical methods, analysed the data and came to a striking conclusion: home advantage disappears! It is now clear that spectators play an immense role.

In sports it is usually considered an advantage to play at home, at least for team sports. By contrast, home advantage is less obvious for individual sports. When Kiki Bertens participates in a Dutch tennis tournament or Joost Luiten plays golf in The Netherlands, they don’t necessarily perform better than elsewhere (though Luiten did win the KLM Open in 2013 and 2016). For team sports, however, the home advantage is important. In the highest divisions of European football the difference between home and away is about half a goal per match on average, which is considerable.

The question is not whether home advantage in football exists, but why? Why should there be a home advantage when the participants are professional players who are accustomed to performing under pressure and have much experience playing away. What might cause such a large advantage?

There are two possible categories of advantages -- one physical, the other psychological. The supposed physical advantages are:  that the home players don’t have to travel or stay overnight; that their dressing room is familiar and more luxurious (a fact!) than the dressing rooms for visiting teams; and that they are familiar with their own field and stadium -- not just the type of grass, but also such features as a billboard or an electricity mast that may stand in their field of vision and can thus be used to orient players and help target goals.

Of course, the referee plays a role too, and this role has been studied extensively. It turns out, for example, that toward the end of a match, if the visitors are one goal ahead (e.g., 0-1 or 1-2), the referee typically allows more extra time than if the home team has a one-goal advantage. Also, visitors receive more yellow cards than home players.

The greatest psychological advantage is the crowd of home spectators.

However, the most difficult variable for scholars to measure or calculate is the role of spectators. In an ideal experiment, one would have a great number of matches with an audience and a great number without, so that scholars would have sufficient data to compare and analyze.

Such an experiment has not been feasible in normal times. With the advent of the corona pandemic, however, these are not normal times.  With social-distancing measures in place in professional sports, we can finally gather the data we need to understand the phenomenon of home advantage better.  So what can we learn from this unexpected opportunity?

The German Bundesliga was the first European league to resume play after the quarantine rules for the corona crisis were relaxed. The last match before the crisis had been played on March 11 (round 25), and the competition started again on May 16, without live spectators, after an interruption of more than two months. By the time the season ended on Saturday June 27, 25 rounds had been played with spectators and 9 rounds without.

This seems like a great difference, but can we also say that this difference is statistically significant?  That is, do we have enough data to draw reliable conclusions? We can test this formally using a two-sample test. The first sample consists of 306 + 224 matches from the 2018-2019 season and from the current season before the crisis, while the second sample consists of the 82 matches after the crisis. The two average values for home goal advantage are 0.33 and -0.24, respectively, and since the standard deviation is 2.2, this yields a value of more than 2 for the test statistic. For statisticians, this shows the results to be significant. The home advantage has indeed decreased.

This surprising result immediately raises a further question: Is there any home advantage at all in the new, zero-crowd situation? If not, then live spectators were apparently solely responsible for any home advantage. This question can also be tested, employing a one-sample test, which we apply to the goal balance of the 82 matches after the crisis. Since away teams score more goals than at-home teams after the crisis, the test statistic is negative and the result is not significant. This means that no home advantage remains.

It is now clear that spectators play an immense role, and it appears that highly-paid football professionals possess less sangfroid than might have been expected. They are in fact influenced a great deal by spectators, and spectators in turn have quite an important influence on the outcome of any given football match. 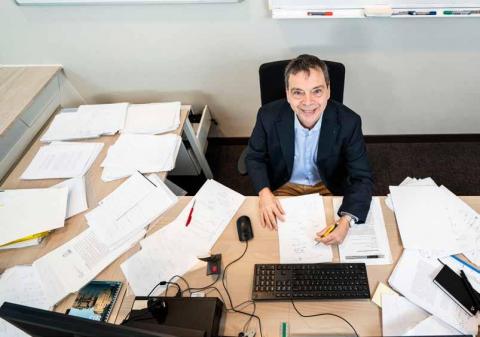 [1]  Before the crisis 224 (not 225) matches were played. The match between SV Werder Bremen and Eintracht Frankfurt from round 24 was deferred to June 3.