On May 24, 2022, Professor of Care and Wellbeing Henk Garretsen received a royal honor for his dedication and contribution to science and society. On behalf of the King, Mayor Elly Blanksma of Helmond conferred on him membership of the Order of Orange-Nassau in the grade of Officer. Professor Garretsen received the honor in the Auditorium of Tilburg University.

Professor Garretsen has dedicated his career to bridging the gap between science and practice in care and well-being. In this way, he has contributed to improving the quality of life of vulnerable fellow citizens, such as people with mental and addiction problems, disadvantaged families and children, and lonely elderly people. He has also been praised for paying personal attention to others and for putting other people’s interests first.

Henk Garretsen was there when Tranzo, the scientific center for care and well-being, was founded. His progressive way of working, of connecting with practice, and his inspirational leadership have helped Tranzo evolve from a modest department to a flourishing organization with over 200 staff and 80 social partners. To this day, Professor Garretsen’s philosophy remains at the heart of the Tranzo way: developing and sharing knowledge as an endeavor in co-creation by connecting science and practice in care and well-being.

He has been of great significance to Tilburg University, and he has worked tirelessly (and continued doing so after retiring) for the good of society, serving on boards and committees of such civic organizations as ZonMw, Eindhoven & de Kempen Mental Healthcare, the Trimbos Institute, and the Helmond-Peel library. 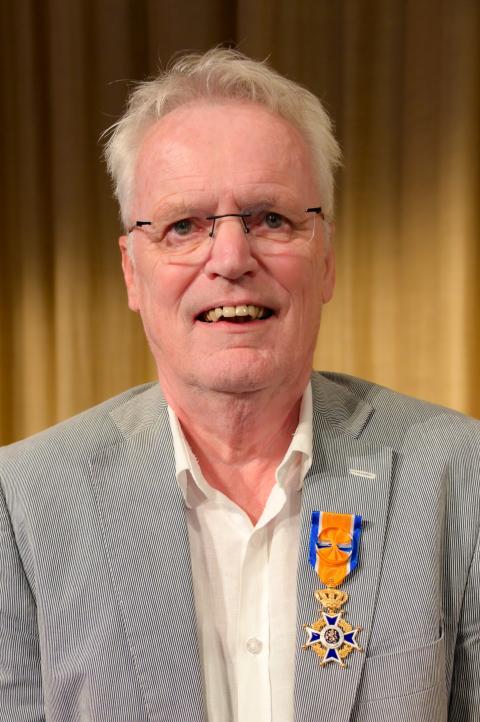 Since 2017 Professor Garretsen has been on emeritus status. To preserve Professor Garretsen’s legacy, the Henk Garretsen Lecture has been instituted. This two-yearly lecture will use Garretsen’s philosophy as a platform for innovative scientific views that aim to close the gap between science and practice. The first lecture – “Participation, systems thinking, and yet another crisis” – was recently delivered by Rik Crutzen, Professor of Behaviour Change & Technology of the Health Promotion Department of the Care and Public Health Research Institute of Maastricht University.