How do people make choices, what effect do these choices have on their behavior, wellbeing, and satisfaction, and what is the impact on their social and economic environment? These are the key questions in Economic Psychology. Years ago, Tilburg University was one of the first universities offering unique education and research programs focusing on these questions. Professor Marcel Zeelenberg is involved in both: “The discipline is basically about people and how to facilitate or guide human behavior. To be able to do so, you first need to understand. How important this is became clear during the corona crisis. At first it seemed to be about virologists and epidemiologists but ultimately human behavior proved to make the difference.”

That there is broad interest in human behavior may not come as a surprise. Human behavior seems to be at the basis of many large crises and as well as of their solutions. However, behavior is hard to predict or steer. Zeelenberg: “This is caused by many factors. Across the board, people are bad at planning for the future. This makes behavioral insights hard to apply for such big social issues as climate change. Our own research into pension decisions, for example, shows that the most important thing you want to avoid is saying that something is very important. Then the problem becomes too big for people to grasp and that has a paralyzing effect.”

Where predicting the effects of behavioral measures is concerned, our intuition does not always prove to be very reliable either, Marcel Zeelenberg thinks. “Well-intentioned measures often have the opposite effect. A case in point is an American experiment to reduce teen pregnancies. Girls were given a realistic baby doll for a day, as a deterrent. It turned out the girls so much enjoyed the attention they received because of the baby that the teen birth rate increased. The moral of this story? Behavioral change requires comprehensive testing of methods. What is needed is an evidence-based policy approach, in which possible interventions are properly tested beforehand. We scientists can help policymakers by showing how to go about this.”

Where stimulating behavioral change is concerned, our intuition does not always prove to be very reliable

Marcel Zeelenberg has mainly studied the effect of emotions like regret and greed on choices. “Greed is the insatiable desire for more,” Zeelenberg explains. “It is often perceived as immoral and reprehensible but it is not all bad. Greed also drives production and progress. Everyone is greedy to a greater or lesser extent. We have developed a questionnaire to measure how greedy people are. It can help predict economic behavior, e.g., tax evasion or financial risk-taking. Research among 4,000 secondary school pupils has shown that greedy pupils spend more and are more likely to run into debt. Other research has shown that greedy people are also more immoral, are more likely to lie, and are less satisfied with their lives. However, they also generate more income and are prepared to work harder to achieve it.”

Is greed at the bottom of financial bubbles? Was the 2008 financial crisis generated by greed? “Surprisingly enough, that does not directly appear to have been the case, as is borne out by research on the relationship between greed and risk-taking behavior on the stock market,” Zeelenberg argues. Research by Karlijn Hoyer and others among Business Economics students does show that greed is linked to a ‘money-grubbing’ attitude, which, as is suggested by earlier research by Terri Seuntjens, goes hand in hand with corruption. However, follow-up research has shown that if you bring greedy people together – which is the assumed situation in the banking world – they actually behave more rationally. We do not see any irresponsible behavior. This kind of insights into ‘what makes people tick’ can be applied in a very concrete situation. Our colleague Christoph Kogler, for instance, is conducting research into tax payment and tax evasion and is an advisor to the Dutch Tax Administration, the US, and the European Union on how to deal with this. We are all participating in research into the role of greed in taxpayers and their decisions on whether or not to evade.”

A characteristic like greed continues to capture the imagination. On July 19, 2021, the Dutch radio show BNR Nieuwsradio, for instance, devoted an edition of the Wetenschap Vandaag (Science Today) podcast to the subject. Marcel Zeelenberg was also interviewed and spoke about possible future research: “For instance, comparing cultures on a greed scale. Does it make a difference what country you come from and also: does it matter whether you are from a rich or a poor family? Is greed determined by the place you work? The good news is that we change over time where character traits are concerned. So you can become more but also less greedy. Older people seem to be less greedy than young people. Several causes may be at the basis of this. Perhaps older people had less money to spend and therefore fewer wishes – riches lead to more greed – but perhaps wisdom comes with age.” 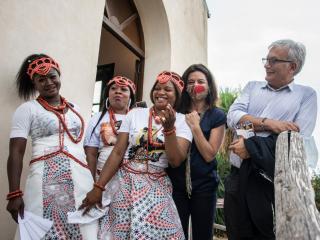 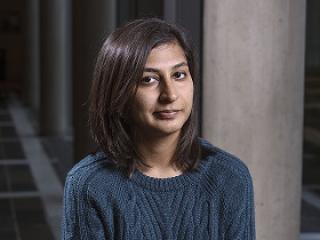 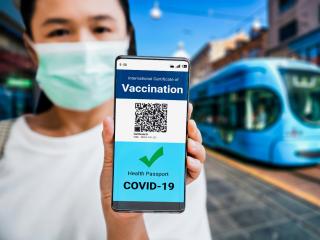