Nobel Prize winner Guido Imbens has a link to Tilburg

The Dutch econometrician Guido Imbens (Stanford University, USA) has won the Nobel Prize in Economics, along with Joshua Angrist and David Card. They receive the prize “for their methodological contributions to the analysis of causal relationship”. Imbens was a lecturer in the School of Economics and Management (TiSEM) at Tilburg University from January 1989 to June 1990. 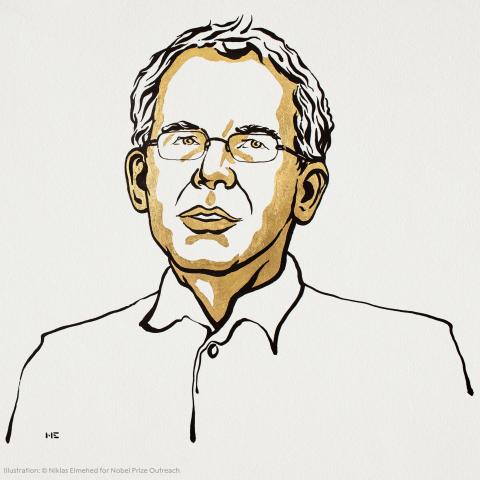 Angrist and Imbens’ methodological contributions have shown that natural experiments are a rich source of knowledge. Their research has substantially improved our ability to answer key causal questions, which has been of great benefit to society.

"Guido Imbens was a lecturer at the department of Econometrics & OR from January 1989 to June 1990, when he was also finalizing his PhD research in the US. He wanted a job in the Netherlands and got a position in the group of econometricians led by Arie Kapteyn. Together we taught the introductory econometrics course in the undergraduate econometrics program. I think it was his first experience teaching to a relatively large group of students, he had to get used to it. Already in those days he was a passionate researcher, who communicated with some of the best econometricians in the US. This also led to an offer to become an assistant professor at Harvard University for which he left Tilburg – he said it was an offer he could not refuse. It is an honor for the Dutch econometrics profession and for Tilburg University that he received the Nobel prize!"

"Guido Imbens is a very dedicated teacher and mentor to his PhD students. Despite being very busy doing his own research and editing the world's leading econometrics journal Econometrica, Guido seems to always find the time to interact with students in his office and give them personal feedback. Students could easily locate his office in the Graduate School of Business from the Dutch sign that reads "Econometrie."

Guido Imbens is a terrific researcher and a true scholar. His body of work is impressive, and the impact it has had is even more impressive. Even after a long history of scholarly work, Guido remains a very active and visible member of the Stanford research community. At Stanford, work-in-progress is constantly being presented during various weekly informal seminars, where faculty and PhD students eat their lunch and listen to iterations of papers that often get published only years later. It is a wonderful and inspiring environment. Guido's talks in these seminars during the year I taught at Stanford (2017-2018) focused on his then-recent projects on ideal control conditions for natural experiments, and on the interpretation of fixed effects models. His research spanning 3 decades shaped the toolbox that economists and business scholars use daily to determine cause and effect. The methods he helped design are the standard in evaluating business- or government policies. I had the good fortune of occasionally talking to him about his research or about my own over coffee. In a study on the impact of product trial that I was conducting in 2017, my co-authors and I ended up using a method for determining treatment effects that Guido was working on with his co-authors. His method just perfectly fit our needs. We talked about how to apply his method in our case and I gratefully used the computer code he and his coauthors had developed.

In addition to being a teacher, a researcher, and an editor of others’ research, Guido is a true family man. He is a father to three school-age children and husband to Susan Athey, herself an excellent and very accomplished economist. Guido also has a passion for plays and live theatre.

I am truly delighted he was awarded the Nobel Prize."

In the Dutch media: