Emerita Professor Mary E. Barth has played a leading role in the academic and professional community as a scholar, educator, editor, and administrator. Her research focuses on issues of financial accounting and reporting. Accounting standards serve as the language that companies use to measure their economic activities and to inform capital providers and other stakeholders about their financial performance and risks. Barth was inducted into the American Accounting Association Hall of Fame in 2018. 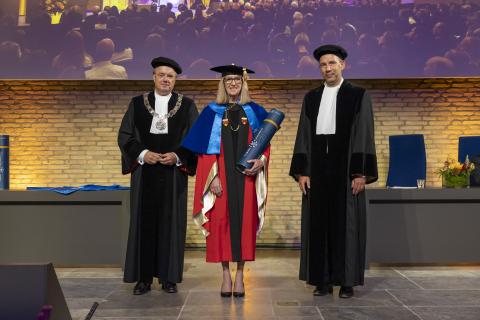 She is known as an outstanding teacher. She won several awards for best teacher at Stanford University and received the American Accounting Asociation outstanding educator award. Professor of accounting Philip Joos, has nominated her as an honorary supervisor. 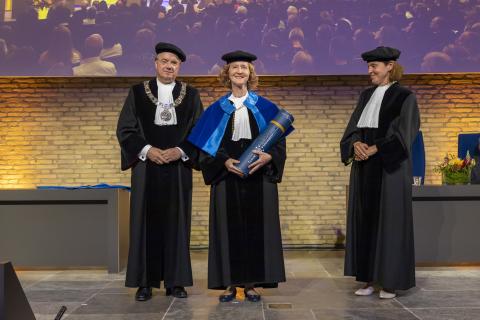 Professor Christine Moorman is a leading researcher in the field of knowledge acquisition and utilization by consumers and organizations. She has studied the nature and effects of this in the context of innovations, marketing alliances, networks and public policy. As founder and director of The CMO Survey, Moorman bridges the gap between science and practice.

She collects and disseminates the views of Chief Marketing Officers, using them to predict the future of the discipline, identify marketing excellence, and enhance the value of the field to companies and the broader society. She is a Fellow of the American Marketing Association, one of the highest honors a marketing scholar can receive from peers. She has also won several prestigious teaching awards. Professor of Marketing, Inge Geyskens,  has nominated her as an honorary supervisor. 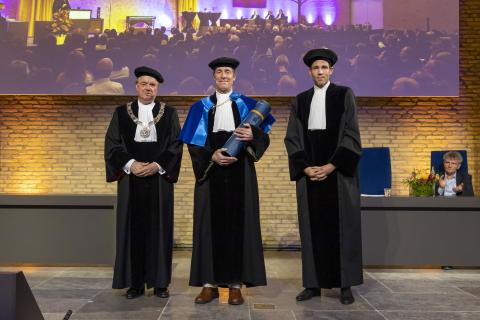 He has received numerous research awards from the American Psychological Association (APS) and the Society for Psychophysiological Research (SPR), among others. He has also received several teaching awards, including the Walter J. Gores Award for Excellence in Teaching. The honorary doctorate is awarded as part of fifty years of research and teaching in psychology at Tilburg University. Professor of  Clinical Psychology, Tom Smeets,  has nominated him as honorary supervisor.

The Dies Natalis was previously scheduled for November 18, 2021, but had been postponed to June 16, 2022, due to corona measures. Architect and former Chief Government Architect Floris Alkemade delivered the Dies Speech during this festive occasion. The theme of this speech was Shaping change: thinking about changes and the future of society.