How does a scientist find out how people adjust their language use when they are together? People start talking differently with someone who doesn't speak their language or is hard of hearing, but how do you measure that? Prof. Marc Swerts, together with a colleague from Antwerp and his very creative students, devised a game method that shows that Flemish people are more likely to adapt to Dutch people than the other way around. This was shown by analyses of word choice as well as pronunciation. Their research was recently published in the scientific journal Frontiers in Communication. An interview with Prof. Marc Swerts about his study into linguistic and non-verbal adaptation behavior.

'I am working as a Belgian in the Netherlands and sometimes I am corrected for my Flemish Dutch, for example. My intuition is that a Belgian will not be so quick to correct a Dutchman. It is often assumed that interlocutors in the course of a dialogue take over elements from each other. But I noticed that, for example, the Belgian footballer, Dries Mertens, tried very hard on Dutch TV to speak like a Dutchman, while Jan Mulder continues to speak in his Dutch in Belgium. So the question is whether you always move towards each other in equal measure in a conversation. That prompted us to explore that in more detail through a game with people who speak variants of the same language. And who don't relate to each other hierarchically, because then you can't move equally.'

Swerts and his team therefore invited pairs of Flemish and Dutch students to play a kind of sea-battle game, which they did via a Skype connection, with participants not seeing each other. A crucial element of the game was that the players had to use certain icons, which are typically named differently in Flanders and in Dutch (e.g., microwave and microwave oven; a crate of beer and a tub of beer; sofa or couch) or whose words are pronounced differently, e.g., tram (in French and in English), or bikini and salami with stress on second or first syllable. 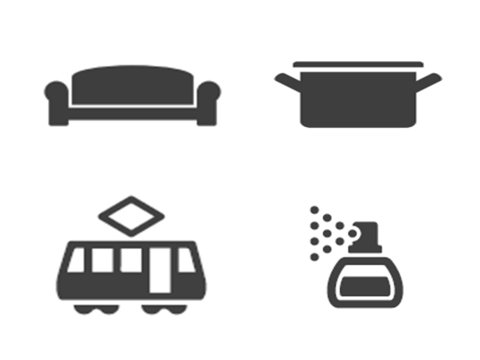 Prior to the game, as a 0-measurement, it was checked how the Flemish and Dutch candidates actually named or pronounced the icons. The outcome was that the Flemish systematically adapted more in word use and pronunciation to the Dutch than vice versa.'

What do these results on language use say about our behavior and motives?

These results are important for our models of adaptive behavior in communication, which is often not symmetrical. It says something about differences in language insecurity between Flemish and Dutch people. Officially, there is no Flemish language, it is Belgian Dutch, and historically you also notice that over the centuries Flemish has come to resemble Dutch more and more, becoming a standard language. A major difference between the use of Dutch as a standard language in the two countries is that for many Flemings the standard language is not the mother tongue. It is a language used at work or in formal contexts, while in domestic circles or with friends dialect or a regional variant is spoken.

Flemings thus adapt relatively often, but on the other hand, their compatriots laugh and even disapprove when they notice that fellow Flemings start to resemble their northern neighbors in language use. My children sometimes laugh at my expressions because I sometimes sound more Dutch, so I have also unconsciously adapted.'

The experiment fits into Swert's research, which focuses on nonverbal communication and prosody (speaking style), which complement, nuance and therefore make sense of speech.

Where does your passion for this topic come from?

'I am interested in adaptive behavior, what a person adopts from another one, but also how we use different forms of body language, such as gestures, a movement of the eyebrow, a head nod, etc, to guide the interaction with the other. Through those visual expressions, we nuance our own expressions, but also provide feedback to the interlocutor. Until recently, it was difficult to do this kind of research because we did not have suitable tools, so it remained unexplored territory for a long time. But now we can make and edit videos, have robots and avatars to test specific hypotheses about nonverbal behavior.

Insights from this type of work are relevant even for people with communicative disabilities. A blind person, for example, will not nod of his or her own accord during a conversation because he or she has literally never seen others do it, but it can be taught so that a communication with such a person immediately comes across much more naturally. People with autism also need techniques to improve their non-verbal skills.

For example, we are now working together with a Swedish university that wants to develop a robot with a human face: we are trying to find out whether we can use this to create different personalities that give feedback in different ways, and therefore come across as friendly, extrovert, or interested. Hopefully we can use the results to teach people to communicate better, so that they are better understood or so that the interaction is much smoother.'

Marc Swerts, who in addition to his scientific work also plays the saxophone and has written two novels, will take part in the Gala van de Wetenschap on 28 November with a lecture and will also perform there as a musician. The article appeared in Frontiers in Communication.