Tilburg University has appointed Dr Omar Salah as Professor of Global Finance & Restructuring Law for a period of five years, effective 1 September 2021. His chair is embedded in the Department of Private, Business and Labour Law at Tilburg Law School. In addition to the professorship, Omar Salah is a partner within the Banking group of global law firm Norton Rose Fulbright.

In the context of the chair in Global Finance & Restructuring Law Omar Salah will investigate international financing and restructuring of multinationals, including the question to what extent developments in the international practice of finance have an impact on financing structures in the Netherlands. He also examines the extent to which legislation in the field of restructuring and insolvency in other countries, such as the United States and the United Kingdom, provides inspiration for legal developments in the Netherlands. 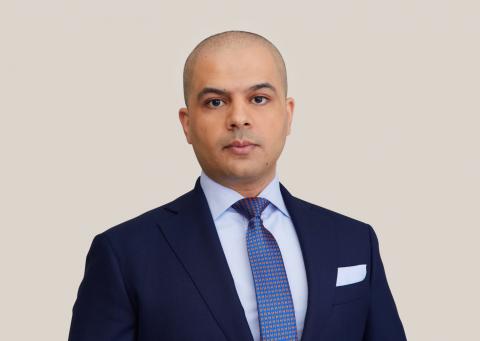 Such international influences were already noticeable with the introduction of the Act on Court Confirmation of Extrajudicial Restructuring Plans (Wet homologatie onderhands akkoord, WHOA) in Dutch bankruptcy law, which was partly based on American and English law. Further development of this law, as well as comparable developments in countries like Singapore and India, could lead to interesting cross-pollination, according to Salah. These international influences also form a starting point for his research into law reform programs in the field of insolvency law elsewhere in the world, for example in Indonesia and the Caribbean.

In addition to conducting research, Salah will teach international legal practice in the area of property and insolvency law, including within Tilburg Law School's Global Law Bachelor's program. Salah occupies the chair of Global Finance & Restructuring Law for a period of 5 years (0.1 fte). He continues his practice as partner at Norton Rose Fulbright. He strives to bring various worlds together by combining international legal practice, academic research and education.

Dr. Omar Salah is a lawyer (partner) at Norton Rose Fulbright specializing in international financing and restructuring. He was born in 1985 in Kabul, Afghanistan and came to the Netherlands at the age of seven. He graduated cum laude from Tilburg University in 2009. He worked at Tilburg University between 2009 and 2011 as a PhD student, and as a Visiting Researcher at the University of Oxford and the University of Melbourne. In 2011 he joined De Brauw Blackstone Westbroek as a lawyer, where he worked in the Amsterdam and Singapore offices. He has also worked for US law firm King & Spalding in London. Since 1 August 2021, he has been working as a partner within the Banking group of global law firm Norton Rose Fulbright in the Amsterdam and London offices, where he also serves as Head of Financial Restructuring & Insolvency in Amsterdam. Norton Rose Fulbright has more than 4000 lawyers and 58 offices worldwide, making it one of the largest law firms globally.