Tilburg University has appointed Dr. Elies van Sliedregt as Professor of Criminal Law and Criminal Procedure effective November 1, 2021. As part of this chair, Van Sliedregt, currently working as a Professor at the University of Leeds, will focus on organized crime, corruption and the adjudication of international crimes. Subversive criminal law is one of Tilburg Law School’s core research themes. Prof. Van Sliedregt will also teach Dutch Criminal Law and Criminal Procedure, and comparative criminal law as part of the Global Law program. 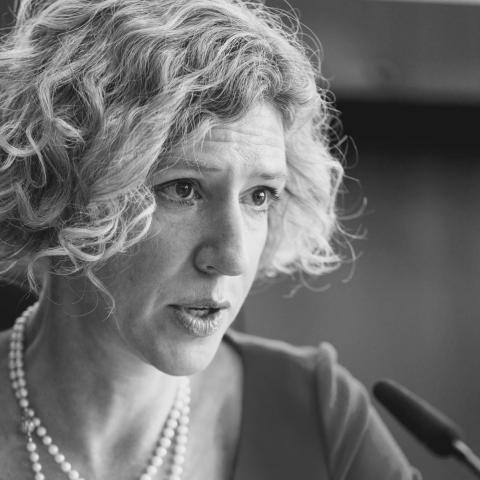 Cross-border organized crime and corruption are referred to by experts as transnational crimes, as distinct from ‘international’ crimes: crimes against humanity, war crimes, and genocide. Van Sliedregt’s research interests include the adjudication of all these forms of crimes. “Ultimately, I hope to map and better understand the relationship between transnational and international crimes. I wonder if it would not be better to abandon the distinction, around which distinct research communities have developed, given the fact that they often have the same cause: a scarcity of natural resources and the fight for mineral resources,” she argues.

Within Tilburg Law School’s multi-disciplinary research program Law & Security, which centers on community crime and subversive crime, Van Sliedregt will concentrate on the relationship between local and international crime and on the question to what extent local crime can be effectively countered at an international and European level. This research will be linked to research in the field of Global Law & Governance, one of Tilburg Law School’s other multi-disciplinary core themes.

Van Sliedregt: “I am interested in the emergence of ‘legal black holes’ on the fault lines of criminal justice cooperation where certain groups - suspects as well as victims - find it difficult to invoke their rights. This issue is related to my interest in research on 'international outlaws', refugees who have committed crimes in their country of origin but remain unprosecuted, residing in a legal limbo since they often cannot be sent back to their country of origin. In the context of this theme, I am especially interested in the phenomenon of ‘enemy criminal law’.”

Dean Geert Vervaeke is looking forward to working together with Van Sliedregt: “The Law School as well as our university are particularly pleased and grateful that our colleague Van Sliedregt has opted for our university to further shape and enhance her rich career. I commend her internationally valued expertise in Criminal Law, her enthusiasm to join us in further developing our research and education, and her broad leadership experience.”

Prof. Elies van Sliedregt (1971) studied Italian and Law at Utrecht University. In 2003, she earned a PhD in Criminal Law at Tilburg University. She has since worked  at Utrecht University, Leiden University, and VU Amsterdam, where she was also the Dean of the Law School and Vice-Rector. In addition, she was a deputy judge at the Court of Amsterdam between 2006 and 2010. In 2016, she was appointed as Professor of International and Comparative Criminal Law at the School of Law at the University of Leeds (UK), where she was also the Director of the Centre for Criminal Justice Studies (CCJS). She was a visiting scholar at academic institutions and universities in the Netherlands (NIAS), Italy, the United Kingdom, Canada, and Australia. She has recently been appointed as a member of the Special Advisory Board of the British Institute of International and Comparative Law (BIICL) in London.

During her career, Van Sliedregt has received various prizes and prestigious research grants, including the Modderman Award in 2006, the J.C. Ruigrok Award in 2008 for her PhD thesis, and a Veni as well as a Vidi grant from the Netherlands Research Council (NWO). From 2008 to 2013, she was a member of the Young Academy of the Royal Netherlands Academy of Arts and Sciences (KNAW). She has supervised nine successful PhD projects and is currently supervising six PhD students.