Tilburg University has appointed Prof. Pieter Huisman as an endowed professor of education law with effect from 1 June 2022. He will mainly focus on the increasing importance of the individual right to education as reflected in concepts such as 'inclusive education' or 'Lifelong Development'. He will also study the effect of that individual right to education on the position of boards, teachers, parents and pupils. This chair is funded by the Stichting de Katholieke School (SKS, Catholic School Foundation).

Partly due to the growing influence of international law, the individual right to education -- or more broadly, the individual right to development -- is gaining more and more importance relative to the freedom of education of collectivities (communities). This is expressed in concepts such as 'inclusive education' or 'Lifelong Development' and the demand for customization. Technical innovations in education, such as MOOCs, learning analytics, and distance learning options, provide room for more differentiated, student-centered education, but also raise questions about the legitimacy of those options and the relationship between various (fundamental) rights. 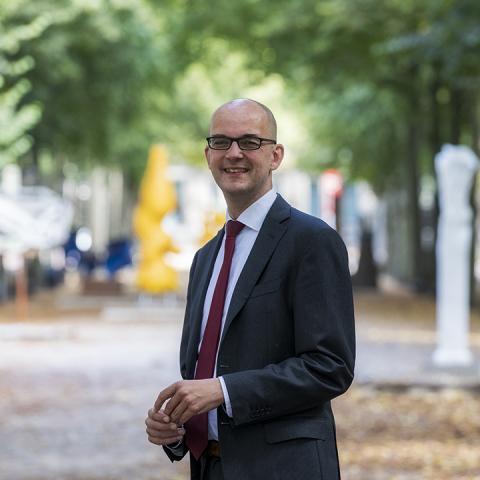 Pieter Huisman will investigate the effects of this development in the legal regulation of education and the effect on the legal positioning of boards, teachers, parents and students.

The chair is established in the Department of Public Law and Governance of Tilburg Law School and contributes to the research program Global Law and Governance. Within this spearhead program, the interaction between different levels of law and governance, from local to global, is investigated.

Geert Vervaeke, Dean of Tilburg Law School: "Tilburg Law School is delighted with the appointment of Prof. Huisman as our new endowed professor of education law. His career shows that he is able to look at education and education law from an academic, practical and managerial perspective. I look forward to the contribution that Prof. Huisman will make to the field of education law in the Netherlands and Europe, and I hope that he may experience our university and this faculty as his home from which much becomes possible."

Pieter Huisman (Boxmeer, 1972) studied Law at Radboud University Nijmegen and obtained his doctorate at the same university in 2002 on the 'cooperation school'. His doctoral research dealt with the question to what extent forms of administration in which public and special educational institutions are brought together are compatible with article 23 of the Dutch Constitution on the freedom of education. After a period as staff lawyer at the Education Council and lecturer/researcher at The Hague University of Applied Sciences, he was appointed extraordinary professor of education law at the Erasmus School of Law in 2010. In this position, which he held until the end of 2021, he was, among other things, co-leader of the NRO project Regulation, regulatory pressure and space for steering in education and supervised several PhD students, including on academic freedom.

Huisman has been a Crown member of the Education Council since 2015 and is secretary of the Netherlands Centre for Educational Law (NCOR). This is a partnership of scholars in the field of education law. In addition, he is, among other things, external examiner of the Potchefstroom Campus, Northwest University, South Africa. Since 2014 he has been a senior advisor at education consultancy Hobéon in The Hague. Huisman is editor of the Dutch Journal of Educational Law (NTOR) and wrote (with others) among others the 'Basisboek onderwijsrecht voor primair- en voortgezet onderwijs' and the 'Juridisch vademecuum voor examencommissies'.

The Stichting Katholieke School (SKS) promotes, among other things, the creation and maintenance of chairs in educational law at the law faculties of Tilburg University and Radboud University. The chair at Tilburg Law School has long been held by Prof. P.J.J. Zoontjens. After his retirement, SKS found funding to appoint a new chair for 1 day per week for five years.