Why study at Tilburg University?

Studying at Tilburg University means getting to know our university, campus and the city of Tilburg. You can find out here what all of this has to offer to you.

Our university consistently holds strong positions in leading international rankings. We are ranked in the Top 47 worldwide in Law (#20), Economics & Business (#37), and Psychology (#47) (Times Higher Education 2022). You will learn from leading researchers and excellent teachers how to conduct scientific research, and gain the critical and analytical thinking skills you need to tackle challenges in the real world. Through topical projects, case studies, guest lectures, and events you will acquire a valuable connection to the business world, NGO's and other organizations.

110+
nationalities on our green campus

Knowledge, skills, and character are central to education at Tilburg University. Our education does not merely focus on transferring in-depth academic knowledge and training skills, but much attention is also paid to personal development. Our students are trained to be thinkers who act, and more specifically, thinkers who act for the benefit of society. As a Tilburg University graduate, you will be able to contribute actively to addressing the complex issues faced by a changing society. That's why our motto is: Understanding society.

Knowledge, skills and character in practice

With skills you start to apply your knowledge in various situations. In a typical tutorial of the Professional Business Analytics Skills course, students solve equations, build small models and ask questions to the teacher.

Character is harder to define, but I am a big fan of this university initiative. For some groups in our role-plays we introduced some unethical things. It is important to find out for yourself what you do or do not tolerate.

Additionally, we stimulated every team to think of the consequences of the proposed solutions (for managers, personnel, etc.) Read Hein's story 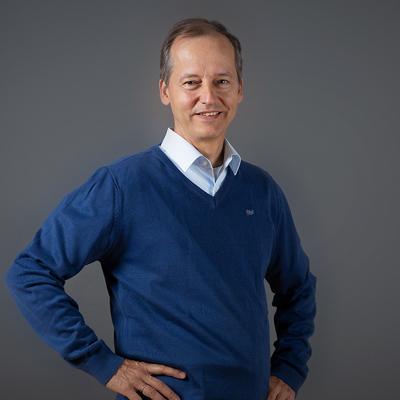 Become part of our international community

A campus with modern facilities in a green area

You will study on a compact and green campus with many facilities. We will ensure that you have a pleasant study and work environment with our modern library and various workplaces. You can do sports, follow culture courses and workshops or grab a bite in one of the many restaurants.

Discover our compact and green campus where everything is within a walking distance: state-of-the-art study facilities, different restaurants, and an excellent sports center.

The city has a great deal to offer for young and old, student and visitor alike: a thriving café and restaurant culture, sports facilities, art films, world-class pop music at pop center 013, classical music at the Tilburg Concert Hall and great contemporary art work at the De Pont Museum. Combined with numerous festivals such as the famous Tilburg Fair and Carnival, the Festival Mundial, the Tilburg Ten Miles and the Tilburg Culinair, you will enjoy an exciting and challenging student life.

There is also much to see and do just outside the city. It is just a short train ride to cities like Amsterdam or The Hague. And European capitals like Brussels, Paris and London are also within easy reach, since Eindhoven Airport, Schiphol Amsterdam Airport, and Zaventem Brussels Airport are nearby.

The Netherlands stands out for its great inventiveness, its problem-solving attitude and its openness to the world. For decades the country's historical ties with other parts of the world have brought people of non-Dutch origin to settle in Holland, which makes the Dutch generally open-minded and tolerant towards foreigners.

Today Dutch society is home to more than 190 different nationalities living in its many cities and villages. Although Dutch is the national language, the majority of the population also speaks English and very often another foreign language, such as German or French. There is much cultural and ethnic variety in the Netherlands. Many religions are represented, so whatever your belief is, you will find a group that shares it.

The climate is typical of a marine west coast: changeable but moderate, with mild winters and cool summers. Days with temperatures below 0 or above 25 C are unusual. Clouds and wind are common features. The annual rainfall is moderate but unpredictable.

Despite being reserved, the Dutch have a manner of speaking that may startle you by its directness. You will notice that you can say exactly what is on your mind, as the Dutch are not easily offended. The Dutch tend to be less competitive than many other Westerners. High value is placed on teamwork and consensus. Dutch society is organized in a non-hierarchical way. For example, teachers tend to be very accessible and true interlocutors for their students.

More on Studying in the Netherlands: studyinholland.nl

How can we help you?

We are happy to answer any questions you have about the program, the application and admission procedure or other practical matters.

Please fill in the form below. We will answer your question as soon as possible.

Or meet us or our representatives

Check out our events calendar

Meet us at an (online) education fair

All information you need in one brochure?