Exoplanets, paintings by Van Gogh, deforestation on Borneo or “plastic soup” in Indonesian rivers, malnourished children in Africa, and suitably shaped pillows for patients on a neurosurgery ward – this is only a selection from the many topics Eric Postma researches. What they all have in common is this: patterns, and pattern recognition is the central theme of Postma’s work. He is Professor of Artificial Intelligence (AI) at the Tilburg School of Humanities and Digital Sciences and also works at the Jheronimus Academy of Data Science in Den Bosch.

Working safely from home in his attic study, Postma finds it just as easy to connect with his colleagues in all corners of the world. This interview is via Skype.

Pattern recognition is relevant to a wide range of practical problems

“I am interested in perception, visual perception and how we can understand it, both in human beings and in machines, or in combinations of the two. My research revolves around the question: when I perceive an object, what happens in my brain? How is human perception different from computer perception? How can we design AI technology in such a way that pattern recognition skills and knowledge of human beings and computers complement each other? In AI this is known as ‘machine learning’: how computers recognize and learn from data. Understanding human and computer perception is the common thread that runs through my work. Pattern recognition is relevant to a wide range of practical problems that require a solution. And that I find interesting and useful to research.”

Postma studied theoretical physics in Nijmegen, switched to psychology, turning to cognitive sciences and minoring in computer science. “Through Albert Einstein and his eminently readable book on relativity, I became fascinated with human perception. But where Einstein’s book concerned perception at extremely high velocities, I was more interested in perception in everyday life. The compulsory general first-year Psychology curriculum introduced me to cultural psychology, which taught me how conflicts arise through subtle cultural differences in perception, such as in the current racism debate. To me, the then brand new Cognitive Science program was a bit soft; I needed mathematics and computer science to understand the biology-inspired models of perception, then known as artificial neural networks and now at the fore once again in AI as ‘deep learning’. 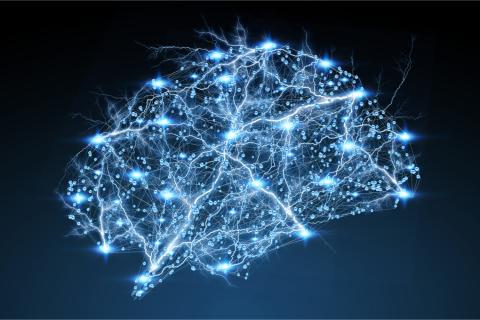 By way of example, Postma brings up the Van Gogh project he launched some years ago. “On a visit to the Van Gogh museum, I was struck by how the experts referred to the ‘rhythm’ of his brushwork but couldn’t really put into words what that was. I wanted to design a new algorithm to recognize these patterns in the texture and by extension how to use technology to improve the complementarity between human beings and machines.”

Another research project, which he carries out together with Koko Visser and Bas Bosma, concerns exoplanets (“even as a physics student I was fascinated by astronomy”). Exoplanets are planets that orbit stars other than our sun. “The data of the NASA satellites Kepler and TESS are freely downloadable. They reveal small dips in the light curve, which may be an indication of a planet transiting its star. Human beings are good at perceiving such dips and we are trying to establish whether these dips can also be identified using AI.” 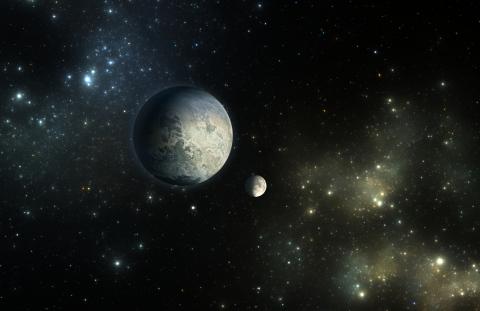 “I enjoy doing that, but in recent years I have devoted more attention to useful, socially relevant issues. For example, together with Hezha Mohammedkhan and Hein Fleuren of the Tilburg School of Economics and Management and collaborating with the Welthungerhilfe Foundation, we are working to develop an AI algorithm that can identify malnutrition in children. We naturally factor in privacy and that is why creative solutions are called for, but what we are aiming for is that automatic AI processing of just a few photographs will suffice to identify malnutrition before it’s too late.”

“I would also like to use AI to help fight global warming. In the wake of the COVID-19 pandemic more funds are being allocated to AI, and I hope these resources will mainly go towards preventing a climate catastrophe. This is what drives the cooperation of our Cognitive Science & AI department with JADS and Naturalis Biodiversity Center for the purpose of promoting biodiversity. 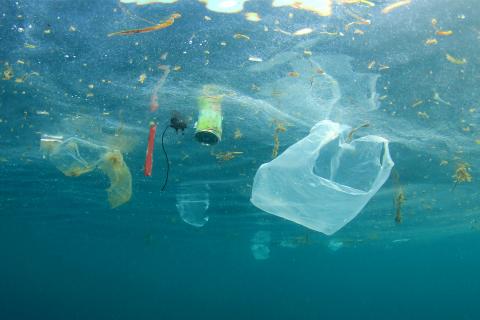 Through JADS I am also involved in projects to develop algorithms that detect deforestation (in collaboration with WWF, Deloitte, and Utrecht University) and trace plastics in rivers (with Colin van Lieshout and The Ocean Cleanup). That to me takes priority over using AI for commercial ends. All of these practical projects are sources of inspiration for fundamental research into human pattern recognition.”

“I try to steer clear of meetings that produce no results and of the concomitant overhead of grandiose plans thought up by gung-ho managers. I prefer to direct my time and energy towards creating opportunities for young researchers and up-and-coming talents to move forward and grow. My MO of choice is bottom-up rather than top-down.”

Postma also addresses the fundamental question how AI algorithms work and can be improved. Being fed human data, they often have a selective perspective on reality, a so-termed bias. He relates about the object recognition systems used by Google, Facebook, and other tech companies that expertly recognize, for example, toothbrushes from rich countries, but altogether fail to recognize toothbrushes from poor countries, which effectively means that the latter data are not used. In other words, a bias has crept into these computer systems, because they have been trained by being fed images of toothbrushes (and other objects) from rich countries. This problem has nothing to do with the AI systems themselves, but everything with how they are trained. Such systems must be assessed more rigorously, Postma believes, and that is why he has for quite some time now been advocating the formation of a centralized national or European AI certification authority. “The time has come for democratic and independent checks to be put in place to monitor systems used by, for example, Google.”

AI systems are very good at detecting patterns, but they utterly lack understanding of how this planet fits together

“Policymakers and politicians mostly do not have technical backgrounds and that is unfortunate, because it is the combination that is so valuable: we need people who can fathom the human as well as the technical dimension. Luckily, that complementarity takes a prominent place in our Cognitive Science & AI and Data Science programs and we have many talented students. It is that interdisciplinary combination of AI and cognitive science that makes us unique, and our students have broadly employable skills. I also make a point of painting a more realistic picture of what AI is and is not capable of: doomsday prophecies about robots ruling the world thirty years from now are sheer nonsense. AI systems are very good at detecting patterns, but they utterly lack understanding of how this planet fits together. It takes human beings to figure that out.” 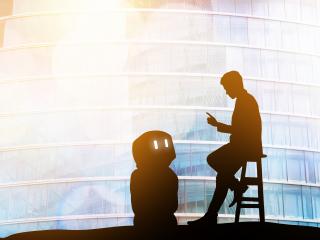 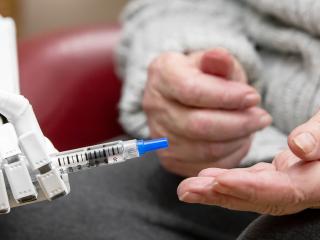 Will robots save healthcare and education? 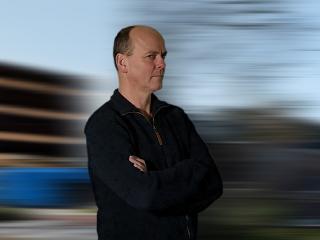