Entrepreneurial adventure with brother and sister

Most entrepreneurs set up their first start-up when they are in their mid-30s. Based on this alone, you can already conclude that Ruud Schippers is not exactly your average entrepreneur. At age 28, the Tilburg University alumnus has already been at the helm of JAMwerkt for almost ten years. He won’t quite make it to its 10th anniversary because it is time for a change: he is ready to conquer the world and finally put his degree to good use.

At an age when he was only just legally allowed to buy a case of beer at the supermarket, the man from the Kempen area set up JAMwerkt together with his brother Martijn and sister Miranda. The question of why is one that he has had to answer many times over the past decade. “We noticed that there was a mismatch in the supply and demand for side jobs and summer jobs. In principle enough jobs and enough workers were available, but local businesses and young people were unable to find each other. And we decided to do something about that mismatch. JAMwerkt is an online platform where young people and starters can register if they are looking for a job in the region. Approximately 1,400 businesses have access to the “talent bank”, an online database of young talent available in the region. A type of Monsterboard in fact, but then organized the other way around: not the vacancies are advertised, but the available candidates.”

When JAMwerkt was established, Ruud was in the first year of his Bachelor of International Business Administration. Claiming that the new enterprise was a logical way to branch out following that training would be stretching it a bit. “I was mainly involved with the marketing, recruitment, and IT sides of things: it was my duty to make sure that the online platform worked well. Miranda was responsible for all HR aspects. Martijn did sales; of the three of us, he was the smoothest talker. All three of us had our own roles, so that we did not cramp each other’s style.”

No shine without friction

The risk of business conflicts among the three Schippers siblings was slim as a result. Ruud: “It was great fun to undertake this entrepreneurial adventure with my brother and sister. Things went quite smoothly. We are three completely different personalities, so we truly complemented each other. When we started, we did make a clear agreement: that we would always communicate openly and honestly. Do you disagree on something or do you have a bad feeling about something? Just bring it out in the open and we’ll talk about it. Of course, we've had some pretty spirited discussions, but no shine without friction!”

Almost ten years after registering at the Chamber of Commerce, JAMwerkt’s teething problems are well and truly over. This was preceded by many improvements and some healthy development, says the young entrepreneur. “At first, we focused on young people looking for a side job or vacation work. Now we help both young people, newcomers in the job market, and young professionals in finding a part-time or full-time job, from the vocational-training to the academic level. We are now a scale-up company employing fifteen young professionals, with an annual turnover of € 7 million. Because we kept growing, we moved three years ago, from Bladel to Eindhoven, which is more centrally located, close to the airport.” 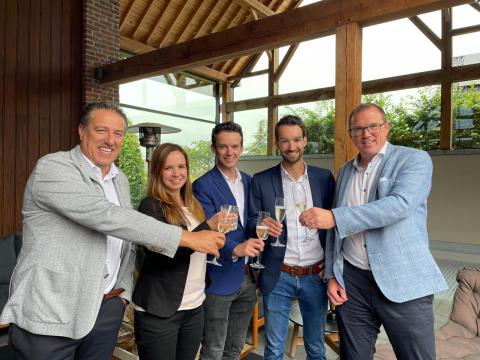 We decided to find a suitable buyer

Ruud, who currently lives in Den Bosch, will certainly not work at JAMwerkt until retirement. Last July, the Belgian temping agency TRIXXO took over the company. “That had been in the pipeline for while of course. When we started with JAMwerkt, it was our ambition to turn it into a fine, large and healthy business. And that is what we did. It was a great adventure, but Martijn, Miranda, and I also have international ambitions that we wanted to take further. In December, when it was clear that Covid-19 had not affected the business too much, we took the plunge and decided to find a suitable buyer.”

Read more about the take-over 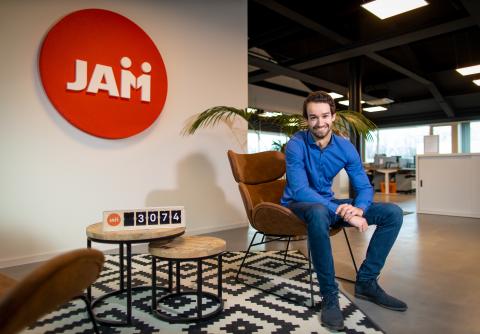 December is a time of wish lists, and the threesome had a list of what they were looking for in a buyer. “We only wanted to sell our business to a party who believed in our strategy and was going to run the company in a way similar to ours. In line with our core values and without additional management layers: the informal working environment and the Brabant “soft-G culture” had to stay. We were also looking for a partner with enough horsepower to enhance the growth of the business, providing our colleagues with opportunities for development, too. In TRIXXO, we have found that partner. We are currently busy teaching our successors the ropes and we are pleased that the strategic choice has been made to retain the name of JAMwerkt.”

The future of the temping platform thus seems to be in safe hands. The Schippers siblings do not need to look far for a new challenge, though - via JAMwerkt or otherwise: they will be joining the Schippers Group family business. Their mission: helping professional livestock farmers reduce the excessive use of antibiotics with a strong focus on hygiene. Ruud: “By optimizing farm hygiene, livestock farmers can eliminate the need for antibiotics. This will benefit livestock health and slow down the development of resistant bacteria. This problem must not be underestimated: anti-microbial resistance is a global problem, which can lead to ten million deaths every year by 2050 unless action to achieve systemic change is taken. And given the fact that world-wide 80% of antibiotics are used in livestock farming, this is a big challenge, especially abroad. I look forward to contributing to the solution. And this means that I will finally be working in the field I trained in!”

Almost ten years of entrepreneurship has taught Ruud and his colleagues a lot. His most important lesson learned: “I only recruit people who will fit in the team. You need to pay a lot of attention to this in the selection process. We didn’t in the beginning, which immediately resulted in a high workforce turnover. We decided to take a different approach. Now we have our recruitment sorted out.”

But paying attention during recruitment alone will not get you very far, Ruud thinks. “Sound onboarding is even more important, making your colleagues an integral part of your plans for growth and sharing with them their intended role in them. JAMwerkt consists of young workers – the average age is 25 – that are a good match for the team. Level-headed and enterprising people from Brabant with sound problem-solving skills. People who are not arrogant, otherwise you’re a no-starter with us.”

When asked whether the university has played a role in building up JAMwerkt, Ruud has a ready answer. “In the early years of our business adventure Starterslift helped us write a business plan and consult various experts to look at specific issues. In addition, they regularly made it easier for us to reach key media outlets to disseminate news; both Tilburg University and Braventure played an important role there.”

Going all out until the end of the year

Just a few more months and then the job of the Schippers family at JAMwerkt is done. Months that, for Ruud, will not exactly be about phasing out his involvement in JAMwerkt. “We are going all out until the end of the year. Making sure we transfer a company in good shape; we owe it to our colleagues and clients alike. And of course we want to close this chapter of our lives properly after almost ten years!”

In 2016, JAM Werkt.nl was nominated for the Best Entrepreneurial Student Initiative Award

How Tilburg University is embracing entrepreneurship 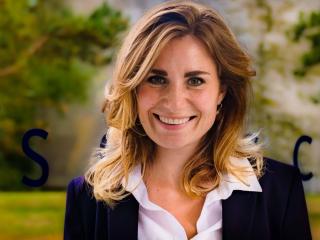 The future is in flux: Be prepared, be a good client organization 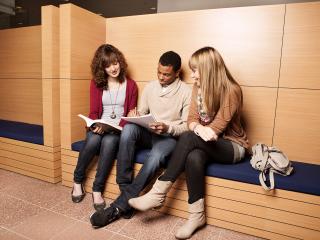 Anyone can learn to be an entrepreneur