Over a year ago, crisis researcher Kenny Meesters outlined the phasing of disasters, such as the Covid-19 pandemic, in Tilburg University Magazine. A lot has happened since: three coronavirus waves, a persistent lockdown, and a range of economic and social upsets. We’re entering our second corona summer – a hedonistic summer, some say in response to the ever faster easing of corona measures. But in which phase do we actually find ourselves today? Which key lessons have we learned so far and how do we move forward? We must learn to learn, Meesters firmly believes.

As an experienced information manager and academic, Meesters was a member of the National Operational Team (LOT-C), based in Zeist, dealing with the fight against Covid-19. He had reported to colleagues he knew from international aid work. It struck him that the Dutch urge to structure things cost a lot of energy. The Dutch are used to a generally well-structured – some might even say overly structured – country. ‘In the corona crisis, citizens, businesses, and other organizations were faced with decisions made by more than ten different authorities, ranging from the municipalities, the Municipal Health Services, and the security regions to the national government,’ Meesters observes. ‘All those different constellations had formed organically in the past but in the present crisis, their decisions did not neatly fit together. A Municipal Health Service or security region covers a different area from a police region and, in this particular crisis, tasks and responsibilities proved not to be clearly divided.’

The Dutch urge to structure cost a lot of energy

In a normal situation, we hardly notice these inconsistencies but, during the corona crisis, it resulted more than once in conflicting messages. And then sometimes there is the 'internal competition', for example, on who has or gets the mandate or can profile themselves internally or in the media. It is understandable, particularly in a complex, multidisciplinary crisis, but it’s hardly helpful.’ Meesters thinks that we can learn from other countries in this respect, especially outside Europe, for instance, Indonesia. There, ‘community officers’ operate more collaboratively with their local communities, where everything comes together, so at the heart of the crisis. These community officers have a mandate in their area, so they have a formal position to make decisions within their communities.

There are signs that the corona crisis is now in the recovery phase, whereby the end is in sight and people look ahead to a post-Covid world. Meesters briefly reiterates the typical phases of disasters: in the first phase, the immediate response phase, the large majority were deeply concerned and very willing to help and follow the measures imposed. It was clear what we had to do and we had a common interest. However, such intensive engagement only lasts for a short time in crises and then the ‘relief’ phase kicks in: the potential consequences of the disaster are gradually becoming clear and they are almost always complex. People start to focus more on their own needs, and as a result, interests begin to diverge. Some sectors can open up, others cannot. That is the moment that more political judgment will have to be exercised. 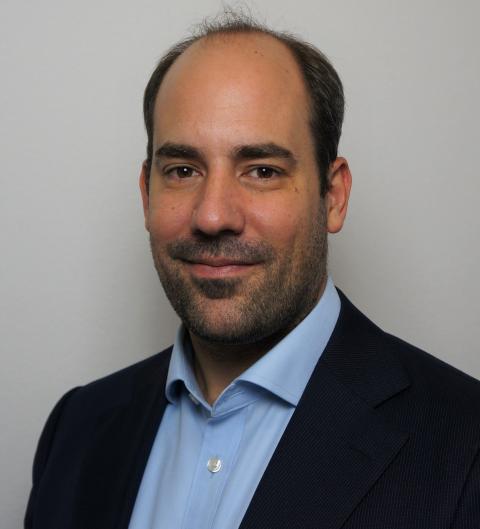 After the ‘relief’ phase, we get the ‘recovery’ phase. Unless we are hit by a fourth wave. No, Meesters is not afraid of a fourth wave because we now know what we have to do, although there will be the necessary frustration. ‘The recovery phase itself is a bigger problem than a fourth wave,’ he argues. Central to this phase is reconstruction. The great danger has passed, the acute pressure is gone. That may sound positive, but Meesters knows from his academic as well as from practical experience that it is a tricky phase. That is because long-term decisions need to be made in a jungle of conflicting interests. And in the process, the actual ramifications of the crisis decisions begin to emerge.

Looking back and catching up

At this moment, Meesters sees a number of striking developments. Firstly, everybody is looking back, which typically involves finger-pointing and criticizing. People are asking whether the right decisions were made and benefits were correctly awarded, and whether the rules are relaxed in a fair way. The € 9 million facemask deal and the bonuses at Booking.com are cases in point. And who knows, in a few months time we’re in the middle of a Tozo benefit affair. Tozo is the temporary benefit of the Dutch government under the Temporary Support Scheme for Self-Employed Persons to bridge the loss of income during the corona crisis. Decisions made in uncertain times are endlessly analysed. Meesters doubts whether the criticism is always justified. After all, decisions are always easier in hindsight. But either way, groups and opinions come into conflict.

The second striking development is that we have embarked on a catching-up exercise. In every conceivable field. The ‘hedonistic summer full of festivals and other social activities’ is perhaps the most visible manifestation of this. But things may not work out as we expect, Meesters indicates. ‘Stage-builders have found work in the construction industry and many people who used to work in the catering sector have found different jobs, too. Many public services such as the police, healthcare, and education, badly need a breather, but the work is only piling up. Staff is tired and has a whole reservoir of unused leave. And yet, we want to catch up and continue as before. This is actually a double blow for some of us: more work, but fewer staff and resources.’

Life continues, of course; we need to look ahead. It begins with plotting a course. According to Meesters, we now have three options: we embrace ‘the new’, we go back to how we used to act before the crisis, or we take the time to think. Applied to the direct working environment of Meesters: do we continue to provide all lectures online, do we all go back to residential classes as soon as possible, or do we take the time to figure out an optimal form of blended education? All sectors have their own choices to make. What does the future hold? Large outdoor seating areas and 1.5 meters space in queues or are we going to huddle together again? Will we really be working from home more often or would we rather have chats near the coffee machine? Or, if you take a broader perspective: are we actually going to focus on climate mitigation or will we opt for a quick(er) economic recovery?

We must learn to learn. Build resilience.

Meesters is anxious that all too often decision-makers caught up in the frenzy of the day are prone to take the plunge without thinking things through, and that goes for crisis management, too. Instead of recognizing and applying the lessons learned, we quickly make new plans and formalize the structures that arose. Yet the key to successfully handling future crises, Meesters believes, lies in how we evolve when such crises are actually raging. We must learn to learn. Learn to be agile. Build resilience.

No new contingency plans and structures

Putting this in the context of the university and its educational activities, Meesters observes: ‘It is a wonderful thing that we set up good-quality online education post-haste. What matters now is that we look at what made this transition a success and how next time we can speed it up and improve on it. Imagine IT breaks down completely, will we be able to switch over to full on-campus face-to-face education as quickly?’ This learning process will help us deal not only with whatever crises may arise but also and essentially with all changes that may come our way.

Once a contingency plan is in place, the contingency itself has all but stopped being a crisis

In other words, the solution does not lie in generating new contingency plans, structures, and IT systems. ‘Once a contingency plan is in place, the contingency itself has all but stopped being a crisis,’ he explains. ‘What characterizes any crisis is the new, the unknown, and the unexpected. All uncertainties have one certainty in common: the next disaster will not be like the last one and it will not pan out as we have planned. We can learn a great deal from virologists about this pandemic, and we really should, but whatever we learn will be of precious little help when the next disaster is a cyberattack. Or an invasion by Martians.’

So we cultivate and build resilience. But how? Resilience is a multifaceted strength: being able to take a blow (absorb), to change (adapt), and to learn (transform). It is so much more than bouncing back better, as it is all too often simplistically presented, Meesters argues. In future we will mainly have to rely on our adaptive learning ability when a crisis is in full swing: being able to respond to ever new situations in uncertain circumstances, to assess needs, to think up solutions, and to deploy suitable resources.

Existing processes, systems, and contingency plans do contain ingredients for solutions, but these are merely raw materials. What is key is to bring together the necessary materials and the right people. ‘Crisis managers or crisis organizations do not need to be able to do everything themselves, but they do need to have the ability to quickly determine who is needed when, what their needs are, and which measures are important to society.’

Eventually, what we have all shown in the Netherlands is great flexibility. ‘And it is that flexibility we should take to heart,’ Meesters concludes. ‘How have we adapted and what do we need to be able to do that again, faster and better if needs be?’

Is the end of the pandemic in sight? 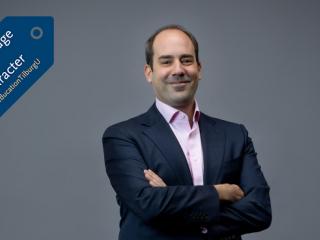 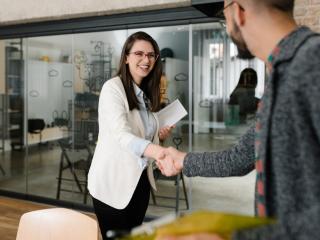 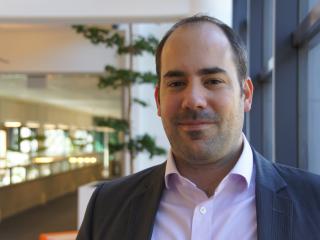