A scientist who would love nothing better than to resume his career after fleeing his home country post-haste. Because of his precarious situation, he is anxious to remain anonymous, but he is keen to share how he had the good fortune of being employed by Tilburg University. He joined the university in May, and he is now preparing his first publication in the Netherlands at Tranzo – thanks to Tilburg University and the Tilburg University Fund Foundation.

A few years ago, Professor Evelien Brouwers, holder of an endowed chair at the Tilburg School of Social and Behavioral Sciences, read a post about Scholars at Risk. “I liked the initiative and together with the University Assistance Fund I tried to find a refugee scientist who wanted to do a PhD. We didn’t succeed that time round, as the scientist we found was too inexperienced, but the idea stuck.” 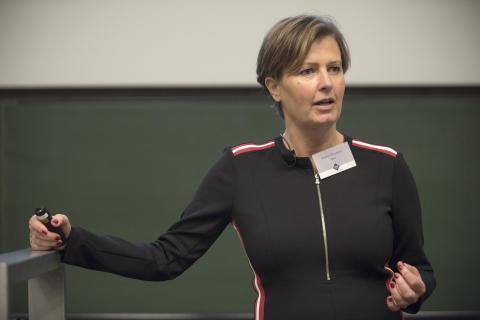 “Tilburg University is a member of Scholars at Risk, an international network organization. Unfortunately, attempts to find matches between candidates from the network and the university’s departments had been unsuccessful for quite some time”, says Ilja Hijink, policy officer for gender equality, diversity, and inclusion at the university’s HR Policy Staff. “That was really frustrating, because we are eager to help scientists facing domestic threats build a new future.”

Brouwers found her new colleague through Hestia, a Netherlands Organization for Scientific Research (NWO) pilot. “They use their connections with potential supervisors and potential PhD students to find matches. In view of the large number of applications we were unable to secure a position funded by NWO Hestia, so we had to try a different approach. That’s how I came to knock on Ilja’s door.”

“Together we prepared two applications,” Hijink explains. “One, requesting funding for the scientist’s salary, we submitted to the Executive Board of our university; the other one we presented to the Tilburg University Fund Foundation. You see, achieving success requires an additional, crucial ingredient: research budget. To pursue an independent career in science, so without grants and support, the candidate must publish scientific papers. Luckily, both our applications were granted. That is absolutely wonderful! That is how together we make the difference in offering a temporary position and helping build a solid future for an independent scientific career. It was by no means certain we would succeed, but acting together, Tranzo, HR, the Executive Board, and the University Fund pulled it off. That is incredibly energizing!”

Brouwers concurs. “This was genuine teamwork; together with Ilja and everyone else involved we made it happen. I am happy and grateful it worked. Our new colleague had to flee at a moment’s notice and leave his family behind. They were separated for a year. He eventually succeeded in finding a job in the Netherlands, but one below his competence level. Naturally, he is excited to return to his work as a scientist.” Hijink is as pleased. “In my work I have made a road map and we manage to achieve most of our ambitions. We were already doing well in projects such as the Pre-Bachelor’s program for refugee students and internships and work placements with support staff, but securing a new career foothold for a highly educated refugee scientist? For me, that’s a first. Luckily, my predecessor already realized to help several scholars at risk.” 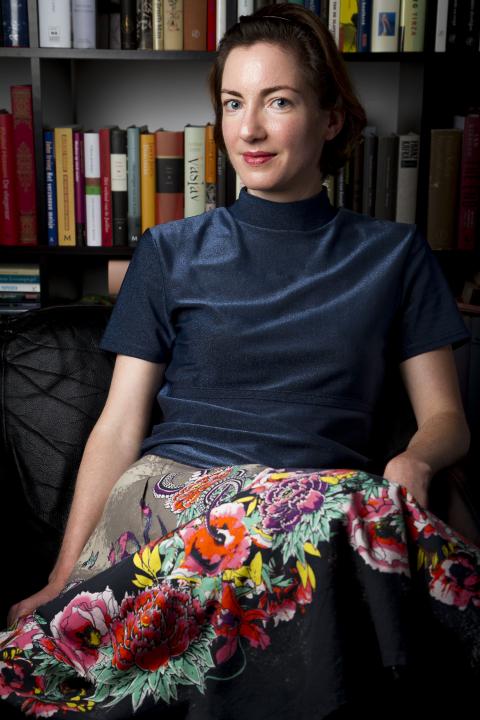 I hope things will now be set in motion

The outcome not only benefits the scientist himself and Tranzo; it also advances diversity at Tilburg University. Brouwers: “For a long time, the academic world used to be homogeneous, yet diversity is slowly but surely making headway. The tide is visibly turning: more and more women are making it to the top and the networks reflect that change. But in terms of cultural diversity there is still much to gain. It is a good thing that Tilburg University contributes the way it does. This clears the way for role models to inspire students who may be first-generation academics. That matters.” Hijink hopes that engaging the refugee scientist sets an example for other departments. “It is a wonderful thing when other scientists, too, reach out to help their international colleagues. I hope this success story will set the ball rolling.”

Brouwers has been working with the new scientist for a month now. “That’s going very well,” she says. “He is a pleasant and talented colleague. In the coming period I’ll be introducing him to my network, because next to publishing having a good network is critical in the academic world. Plus, I want to introduce him because of his talents, not because of his refugee status. One of my research interests is stigmatization and I want to avoid labeling him as a refugee. He just had bad luck. Cultural differences should not be ignored, of course, but at the end of the day a good employer is sensitive to the person behind the employee. As his mentor I’m keeping tabs on how he is doing.” 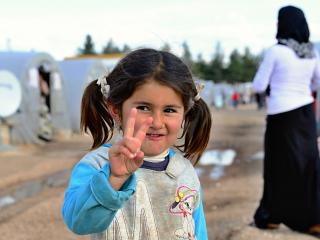 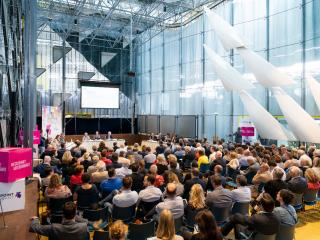 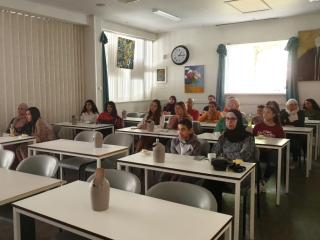