The corona crisis may become a catalyst for the transition to ‘new’ common values. According to 'Tilburg' thinkers such as Wim Dubbink, Wouter Scheepens and Mijntje Lückerath, we need to move towards more morally driven, transformative and modest leadership.

With the exception of a few, no one will deny that the corona virus is very unhealthy. Yet the virus also has healthy side effects. Travel restrictions cleared the sky. Thanks to better air quality, we can breath again. Also figuratively. For some of us, the lockdown was a welcome break out of the rat race. The corona crisis shows the absurdity of chasing endless growth on a planet with finite resources. Many people feel we should not go back to the old but must go to a ‘new common', where old social values, such as nature conservation, equal opportunities and good employership are appreciated again.

The corona crisis has made the following visible: leaders were able to take decisive action when it was necessary. This sudden determination irritates professor of Business Ethics Wim Dubbink of Tilburg University. He understands the virus is requiring intervention, but he wonders why intervention suddenly is possible now? “Money is not an issue now, while in other crises every million dollars had to be fought for. Environment and biodiversity, for example. The number of insects has fallen dramatically. The biodiversity in the city is larger than in rural areas. But that has never been made a national emergency. We were told for decades that there is no money for environmental problems. Politicians have been arguing for a deposit on plastic for twenty years.” 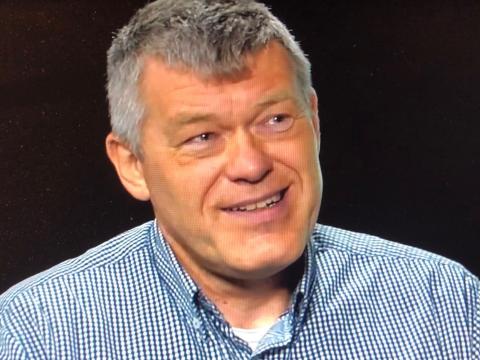 According to Dubbink, morally driven leaders are needed in the business world who dare to do something about major errors in our economy. They should focus much more on solving climate and environmental crises and the growing gap between rich and poor. However, that’s not easy for the current generation of leaders, due to an economic system that revolves around production growth, shareholders and competition, a system that hardly slows down pollution and waste.

Dubbink: “Our old economy runs best on narcissistic profit-driven leadership with huge differences between the top and the shop floor. Being a leader of a socially responsible company, you must ensure there are not too big differences. You should also give employees meaningful work and treat them with respect.”

Genie out of the bottle

According to alumnus Wouter Scheepens, the corona crisis can push sustainable thinking in the right direction. Scheepens, partner of Steward Redqueen and also chairman of the alumni association ‘Vrienden van Cobbenhagen’ of Tilburg University, advises large companies worldwide on sustainability. For example, travel by air may well be less, even in his own company.

Scheepens: “In 2020 we flew only three times and fifty times in the years before. I am not saying three flights will be ‘normal’ in the future, but we will certainly fly considerably less. We can call via video much more often. That's what I hear the CEOs of Unilever and Ernst & Young say.” So, the spirit is out of the bottle in that respect. “Video calling has its drawbacks, of course - social contact remains important. But it also has major advantages: less traffic jams, less travel time, less pollution and more time with your family.” 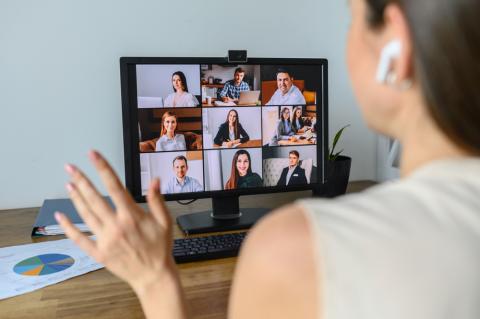 Will the corona crisis lead to a definitive change in thinking towards more sustainable business? Scheepens has some doubts. “Change will not come by itself. One obstacle is the type of leaders who make it to the top in large corporations. Today's successful CEOs have reached the top because they work day and night in a focused manner, closing deals. We're talking mostly about older men in suits who can work excellently with Excel sheets. They won’t think just before retirement: I'm going to turn everything." This profile does not match with what is needed for a more sustainable, circular economy, which requires leaders who dare to innovate radically and dare to make major changes, Scheepens says. 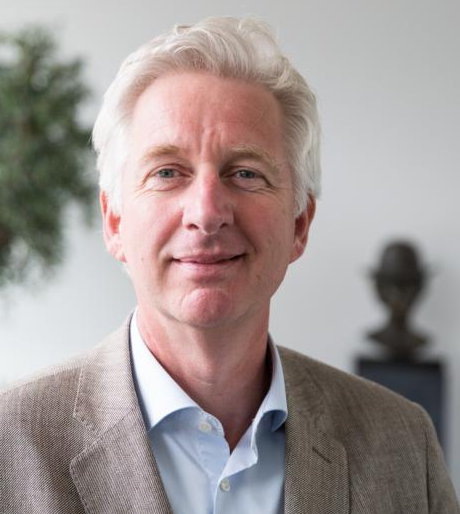 It's all about real transformations and long-term moral choices

He believes large companies claim too fast that they are working sustainably. “They usually do little more than optimize the current situation and opt for solutions that pay off in the short term. It's all about real transformations and long-term moral choices. We need to focus more on values. We need leaders who dare to do anything for a social mission. In practice, this means encountering great resistance within large listed companies."

Mijntje Lückerath, professor of Corporate Governance, also believes leaders in the new common should pay more attention to their social role. She distinguishes autocratic, passive, transactional and transformational (not the same as ‘transformative’, ed.) leadership. Autocratic leaders are drawing all the power to themselves, passive leaders are of laissez faire. Transactional leaders are pragmatic. It is not difficult to classify heads of state such as Donald Trump, Boris Johnson and Mark Rutte in one of these categories.

But according to Lückerath, today we need transformational leadership. “We need leaders with a vision, who feel connected to the people they lead. Leaders who hold others accountable for values ​​and motivate them to work towards a common goal. Of this, New Zealand Prime Minister Jacinda Ardern is a good example.” 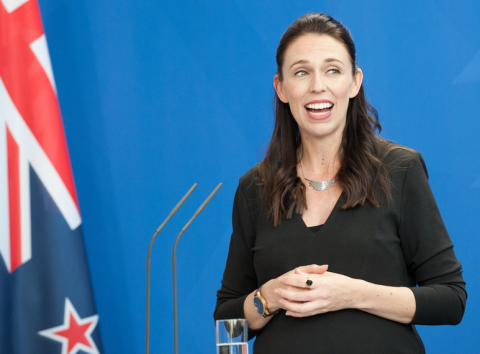 Ardern, along with her counterparts Angela Merkel (Germany) and Tsai Ing-wen (Taiwan), was praised for adequately handling the corona crisis. According to an academic study by the World Economic Forum, female heads of state are more successful in this than male ones.

Lückerath wonders whether the corona crisis will act as a catalyst for new values ​​in business. There has been a hopeful trend towards more corporate social responsibility in recent years. “A sign on the wall is the Business Roundtable statement by 181 CEOs of major US corporations. Mid-2019 they indicated they were no longer primarily guided by shareholder interest, but also considered their employees and the environment in which they operate.” 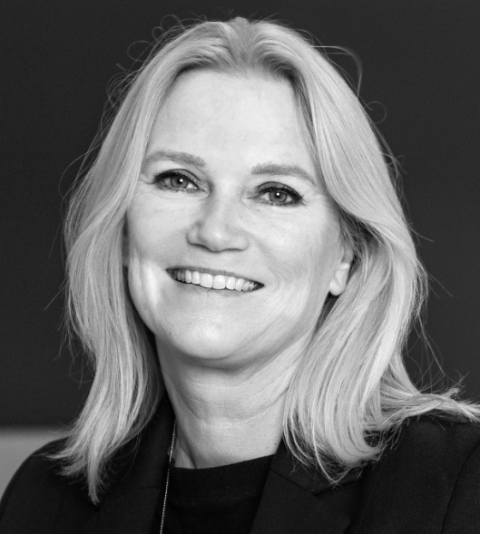 The question is whether companies live up to this. Lückerath nevertheless saw many companies slip back into shareholder-first thinking due to the corona crisis. A turnaround calls for words and goals to be measured. Lückerath thinks annual reporting is a good way to do this. It allows companies to map out their social performance alongside their financial performance.

"Look at Signify, the lighting company that was split off from Philips. Signify indicates what they create and destroy in terms of value. And what contribution they make to the UN's Sustainable Development Goals (SDGs)." If it were up to Lückerath, the selection of leaders by the Supervisory Board should be linked to these SDGs. In doing so we are able to check whether a new leader can make an impact and meets the requirements of the new common.

Trust is a word that recurs regularly with Lückerath, Scheepens and Dubbink. We need leaders who are less concerned about being right and more often put the responsibility with their colleagues. Scheepens thinks the corona crisis could also be an eye-opener in that respect. Forced to stay at a distance thrives on a less controlling leadership style, the entrepreneur believes. “You have to give people more responsibility and trust that they will do their job well, even when they are out of the picture."

Dubbink thinks we need more humble leaders who let colleagues think for themselves; leaders who stimulate others taking responsibility. He thinks, that may have a positive effect on job satisfaction as well. "People in the workplace are too often frustrated because they have so little control over how their work is done."

The prerequisite for trust is consensus on the facts. Unfortunately, this is less self-evident in the current era than in the past. Misleading information, especially on social media, confuses us. Those who are skeptical, for example about the climate problem, corona or fair elections, are increasingly reinforced in their own (un)equality thanks to algorithms. The biggest risk these days is: ‘not caring about the facts and staying in your own bubble’, Dubbink argues. He hopes the attack on the Capitol was a wake-up call.

The biggest risk these days is: not caring about the facts and staying in your own bubble

Today’s belief in conspiracies resembles the time before the Enlightenment, when belief in witches and ghosts was strong and abused by those in power. “Kant once stated: we live in a sea of ​​lies. Today we face  the same problem. From Kant we can learn that we must keep searching for the common truth, even if it is difficult to approach.” During the Enlightenment this has led to a focus on fundamental rights, and those rights could be the SDGs today. Dubbink thinks we can learn from Kant. He warned us against intellectual selfishness and the unwillingness to know the truth. A lesson in humility for leaders and… for all of us 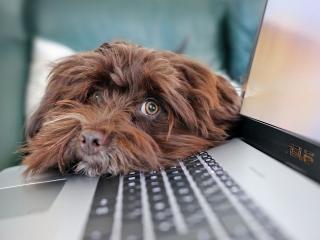 From corona crisis to a New Common 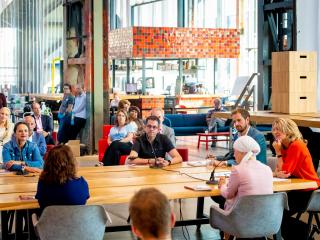 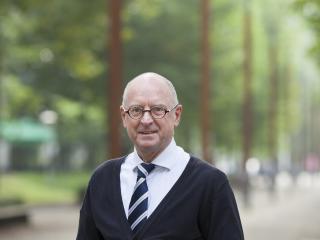 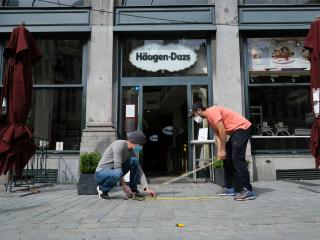 Zoom in on the new normal