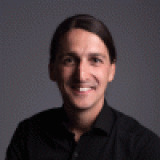 I am a moral and political philosopher, affiliated with the Tilburg Centre for Ethics, and Philosophy of Science (TilPS) and my research is situated on the borders between ethics, political philosophy and economics. I believe that good philosophy, whether in academic research, in the classroom or in society at large, stimulates people to think critically and systematically about  things that matter. Reading books and articles from philosophers and other scientists can help in that respect, but so can watching movies and TV shows and even listening to music. My taste in that respect can be derived from my chapters in books such as Metallica and Philosophy, Inception and Philosophy and Black Mirror and Philosophy.

My research focuses on the borders between ethics, political philosophy (institutional design) and economics (rational choice theory). While my PhD investigated the institutional implications of different conceptions of rationality, I have since studied topics such as reciprocity, the role of preferences in economics, compulsory voting and commodification in discourse. Most recently, I have focused primarily on ethical and conceptual issues that arise with respect to nudging, which refers to a set of techniques that allow governments, companies and ordinary people like you and me to influence the behavior of people by reframing their choice options.

In my most recent publications, which can be found below, I analyze which ethical criteria are crucial when evaluating such nudging techniques, what kind of impact these techniques have on people’s rationality, whether they are properly called ‘manipulative’ and what their role can be in moral education.

I teach courses in social, moral and political philosophy to Bachelor and to Master students and to philosophers, business economists and everyone in between. Some of the courses I have taught are called 'Justice and Inequality', 'Social Philosophy for Human Resources', 'Business Ethics' and 'Ethics and Society'. In my view, philosophy courses are only successful if they manage to stimulate students to think critically about things that matter, either to their personal lives, to their discipline or field or to society more generally.

In both my research and teaching, I often work with and learn from a wide range colleagues. I have worked with Alfred Archer and Alan Thomas on moral exemplars (2016-2017) and our joint project on the political psychology of inequality (2016-2018) should result in a book soon. I am currently leading a research project (2019-2022) with Alfred Archer and four Tilburg University psychologists on the role of emotions and moral exemplars in academic character building. Together with Thomas Nys (University of Amsterdam), I have worked quite extensively on the ethics of nudging.

I am open to collaboration with whomever is interested in the issues I have published on and especially with people involved in the literature on and practice of nudging (in public policy, in health care, in education, and so on).