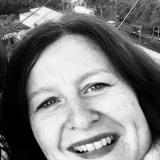 Since January 2016 Hilde is Director of AS, responsible for supporting staff and services and policy development for Research, Education and Impact for all schools. Hilde, a Flemish-speaking Belgian, living in the South of the Netherlands, has built up a professional career in organization and management development. She accumulated this experience in a broad range of workplaces and environments. Hilde holds a degree, Msc Commercial Engineering, graduated in 1993 at the University of Leuven, Belgium and did a Master's in Business Management in Barcelona in 1994 (Universidad de Barcelona). In 2008 she completed her Master's in Sociology at Tilburg University. She worked five years on different locations in Europe in logistics and shipping. She joined the university in 2000. After various stages of growth within the business school and the university Hilde became the Director Academic Services. Next to her career in Education she is the chair of the Supervisory Board of 013 Poppodium.

Until December 2015 she was Managing director at the business school TIAS of TiU. She was Managing Director of Tilburg School of Economics and Management from October 2011 until December 2012. From October 2009 until October 2011 she was the Managing Director of the Tilburg Sustainability Center. Until August 2009 she was the director of the Executive Master programs division at TIAS School for Business and Society.