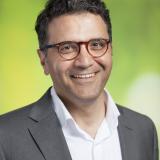 Dr. Delimatsis is Professor at Tilburg University since 2013, where he holds the Chair of EU and International Economic Law. Since 2011, he has been the Director of the Tilburg Law and Economics Center (TILEC), an interdisciplinary Center of Excellence of some 40 researchers, the biggest of its kind in Europe, studying the governance of economic activity.  He leads the research cluster 'Institutions' within the TILEC Research Programme 2018-2023 and TILEC's work on standardization, competition and innovation. In December 2016, he was awarded a prestigious Consolidator Grant of €2 million by the European Research Council (ERC).  In recognition of his interdisciplinary expertise, Prof. Delimatsis was appointed twice as a Panel Member of the ERC Advanced Grants Evaluation Panel (SH1). In 2015-16, he was a visiting Scholar at Harvard Law School and a Senior Fellow with the Program on International Financial Systems.

Prof. Delimatsis has twenty years of experience in international economic and EU law. His most influential work is in the areas of EU market regulation and governance, international trade (notably trade in services liberalization) and WTO law ; transnational private regulation; and technical barriers to trade, notably standard-setting. He has had important speaking engagements, including as a keynote speaker or expert in parliamentary hearings, on those issues all around the world. His current research interests include the institutional &substantive aspects of standardization, financial regulation and sustainability. His work appeared in top refereed international and European journals. His most recent research papers are available on SSRN and on ResearchGate and announced on Twitter (@panosdelimatsis). He currently supervises various PhD projects in the areas of financial and technical standardization; on trade and investment law; and on EU internal market and external relations.

His teaching focuses on global trade and investment law as well as the internal and external dimension of EU trade law . Prof Delimatsis uses comparative law methods in his teaching and takes a case-law based approach in his lectures and seminars to instigate discussion and interaction among students. In other instances, he uses ficticious cases to explore the limits of existing case-law. He is particularly interested in deciphering the normative force of soft law and the rules of private ordering regimes inspired by the Law and Economics literature. He holds the Senior University Teaching Qualification (UTQ) and has successfully introduced visual content in his lectures as much as feasible. Prof. Delimatsis has coached student teams from Tilburg University to participate in global moot court competitions such as the ELSA WTO Law Moot Court Competition and organized internal moot courts at the bachelor level.

Beyond his academic work, he has advised on international economic law, WTO law and EU law and the regulation of the service sector to a number of countries, NGOs, international organizations, and the private sector. Some of his recent work has focused on domestic regulation reforms in Africa and Asia; managed trade liberalization and the effects on development; the repercussions of Brexit on certain services sectors and the EU policy in similar matters; as well as the pros and cons of existing preferential trade models in the areas of services and technical barriers to trade. Prof. Delimatsis has held visiting appointments in several universities and is invited in prestigious conferences on a regular basis. He is a member of the American and European Societies of International Law (ASIL and ESIL, respectively) and the Society of International Economic Law (SIEL) as well as the American Law and Economics Association (ALEA).

Prof. Delimatsis' work has been cited extensively in the relevant academic literature and by international organizations such as the WTO.  He is the author of 'International Trade in Services and Domestic Regulations - Necessity, Transparency, and Regulatory Diversity' (International Economic Law Series, Oxford University Press, 2007). He also co-edited two collective volumes, the first on 'The Prospects of International Trade Regulation' (Cambridge University Press, 2011) and the second on 'Financial Services at the Crossroads - Implications for Supervision, Institutional Design and Trade' (Kluwer Law International, 2011). Recently, he edited 'The Law, Economics and Politics of International Standardization' (Cambridge University Press, 2015) and a Research Handbook on Climate Change and Trade (Edward Elgar, 2016). His latest edited work is the Encyclopaedia on Trade and Environmental Law (Edward Elgar, 2021)

He has consulted with the European Commission, national governments and international organizations and served as expert for various national science foundations in evaluating research projects and education programs at the bachelor and masters level. Since 2019, Prof. Delimatsis has been a Member of the IUCN World Commission on Environmental Law.