We are Tilburg University 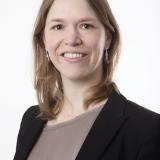 Vanessa Mak is a Professor of Private Law and Vice Dean for Research at Tilburg Law School. Her research focuses on the role of private law in the economic regulation of the European (consumer) market, with particular focus on consumer contract law, credit and investment law, data protection and the platform economy. Prior to her appointment in Tilburg, Vanessa held positions as a Lecturer in Law at Oriel College, Oxford and as a postdoctoral researcher at the Max Planck Institute for Comparative and International Private Law in Hamburg. Vanessa has law degrees from Erasmus University Rotterdam (LL.M 2001, cum laude) and from the University of Oxford, where she obtained her D.Phil on Performance-Oriented Remedies in European Sale of Goods Law (published with Hart Publishing, 2009). She is a co-editor of the Dutch Tijdschrift voor Consumentenrecht and a co-editor of the international Journal of European Consumer and Market Law (EuCML).

"The relationship between companies and their customers is determined by contract law. It's based on the idea that the consumer - as the 'weaker' party - should be protected against companies that don't fulfil their obligations. It is interesting that in today's sharing economy the consumer acts as the provider more and more often. Just think of services like Airbnb and Uber. What does that mean for the relationship between consumer and provider? The ever-advancing digitalisation also raises many questions. Should the NS, the Dutch railway service, be allowed to discontinue the paper ticket now that a smart card (OV-chipkaart) has been introduced? Can a bank force all of its customers - including the older ones - to switch to online banking? It is precisely these kinds of questions on inequality that I find very interesting."