Ammar Maleki: “For me, democracy is more than just an academic subject”

Ammar Maleki lectures in Comparative Politics at Tilburg University. His teaching is not only based on theoretical knowledge, but also his lived experiences. Ammar never saw his father during the last twelve years of his life because they were both fighting for democracy in Iran. “My students wrote that my story had moved them and made democracy feel tangible.”

The death of the Iranian Mahsa Amini in September this year sparked a wave of protests. Iranians are demonstrating on the streets, women are burning their headscarves and key government websites are being hacked. Never before have Iranians been so determined to rise up in protest against the theocratic regime currently in power. A regime that is not afraid to shoot dead anyone who thinks differently or impose the death penalty.

According to unofficial figures, more than 400 people have already died during this civil unrest. But the protests still continue. For Ammar Maleki, a lecturer in Comparative Politics and pro-democratic activist, this comes as little surprise. “Iran is not a democracy, which means you’re not free to say what you think. There’s no free speech and no freedom of religion. According to some polls by well-known polling companies, some 72% of the population support the president and 99% of Iranians are religious. But these are sensitive issues and Iranians will obviously keep their real opinions to themselves and falsify their preferences to avoid facing punishment."

"Back in 2019, I set up Gamaan together with a colleague from Utrecht University. It’s a research institute that seeks to poll the opinions of Iranians. We use social media to do that. It’s anonymous and provides an opportunity to give a honest answer. As many as 85% of adult Iranians use some kind of social media. Our first survey looked at support for the Islamic Republic of Iran, as the country is officially known. We received more than 200,000 responses. Over 70% opposed the IR. Nine months ago, we surveyed opinions on the political system. Only 20% supported the current regime. So, our figures from earlier this year already showed that all kinds of things were going on under the surface. It’s all starting to come out now.”

Ammar learnt all about democracy and human rights from an early age. “I was raised in a political family,” he explains. “My father was president of the University of Tehran. When the regime turned into a cultural revolution, the universities were closed because they refused to adhere to the rules of revolutionary Islam. My father resisted and was arrested. He was initially condemned to death and then given a ten-year prison sentence. He spent five years in prison where he was tortured and even lost an eye.”

“As a result of all that tension, I suffered various physical problems as a child. I had so many issues with my foot that the doctors recommended amputation. Instead, my mother sought assistance from psychologists. It helped in the end. The fight for democracy and civil protest has been a theme running throughout my life.”

But it was not until he was much older that Ammar ended up fighting for democracy in his country. He studied Mechanical Engineering and spent several years in the automotive industry. “I loved working as an engineer, but I realized that Iran had other problems beyond vehicle technology. I decided to learn about political science. In Delft, I found a study program that plugged the gap between engineering and political science: engineering & policy analysis. I was awarded a full grant and set off for the Netherlands in 2008. I was aged 30 at the time.”

“After about six months, I returned to Iran to visit my father. I’d written a book about civil disobedience, which was published as a series of articles. When I arrived at the airport, I was arrested and interrogated. On my return to the Netherlands, I realized it was no longer safe for me to travel to Iran, especially when my father was imprisoned again and several friends were arrested. After his release, my father was no longer allowed to leave the country. I never saw him again. He died two years ago, without ever having a chance to hug my son.” 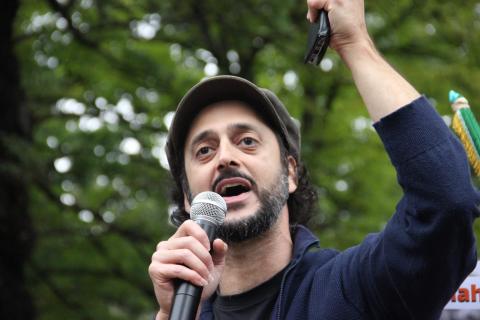 At Tilburg University, our aim is to ‘understand society’ and search for solutions based on that. I’m contributing to that by sharing my story and fighting for democratic values

“As you can see, democracy is more than just an academic subject for me, it’s an existential question. As a victim of human rights abuses, it’s something that preoccupies me on a daily basis. I regard myself as a ‘scholar activist’. Lots of academics disapprove, insisting that you need to have a certain level of detachment from your subject of study. I see it differently. I teach about democracy and fight for democracy in Iran. These two elements are united within me. That’s the person I want to be. At Tilburg University, our aim is to ‘understand society’ and search for solutions based on that. I’m contributing to that by sharing my story and fighting for democratic values. Because of my background, I’m also regularly approached to provide media analysis on the situation in Iran.”

According to Ammar, the protests are supported by a large group of Iranians. Only a small proportion have the confidence to venture onto the streets. According to the Gamaan surveys, a significant proportion of the current regime’s opponents are unwilling to demonstrate openly. They find other ways of protesting.

Ammar: “During the Iranian Green Movement in 2009, it was mainly the middle classes in the capital who were protesting, but it now involves people from across the population. And there are many different types of protest, both visible and invisible. Young women are burning their headscarves, men and women are sitting together at university – something that’s outlawed, billboards featuring high-profile figures are being set alight, security cameras deliberately obscured, websites hacked and famous Iranians are speaking out. That strengthens the movement as a whole.”

“The uprising is also not limited to the capital. There’s civil resistance even in the provinces, in large and small towns and cities. That makes it difficult for the government to suppress the protests. It’s fantastic when you see how many people took part in the general strike. But you know that everyone who resists is in danger. Yes, that also includes me. I even get threatened in the Netherlands. But I try not to think too much about it.”

Ammar thinks that it is unlikely that the current government will step down of its own accord. That will take international pressure. “A different regime would also be in the interests of the free world,” says Ammar. “You need to realize that events in Syria are the consequence of decisions taken in Iran. The Islamic regime in Iran decided to support Assad, advising him to kill anyone who stood in his way. The United States and Europe refused to become involved. The result was a bloodbath and a humanitarian emergency, initiating an enormous flow of refugees. If you want to prevent the same happening now, you need to do something about it.”

Ammar is attempting to inform public opinion with his surveys. “We aim to show political leaders, journalists and academics that Iranians support regime change. We plan to conduct a new survey in December. In it, we’ll ask Iranians for their opinion on the current revolution. We’ll ask what changes and what type of representatives they want and what they expect from the free world. We’re also working on a follow-up survey on religion. The results will be published next year.”

It goes without saying that Ammar makes use of the survey results in his lessons. What’s more, he is not afraid to talk about his personal history. So, how do the students respond?

“When my father died, I told my story in the classroom. I explained to my students that I hadn’t been able to see my parents for twelve years because they were fighting for democracy and human rights. I wanted to show them how the desire for democracy can affect your personal life. It had a lot of impact. After that, I received numerous emails and even a card from all the students. Some of them wrote that my story had moved them and made the subject of democracy feel tangible. Ultimately, that’s why I do the job.” 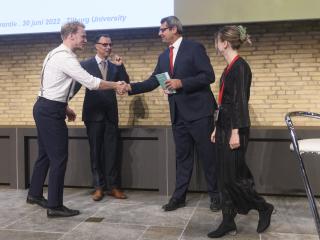 Combating polarization in the Netherlands: “If we won’t acknowledge conflicts, then how can we handle them properly?” 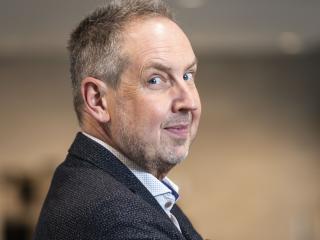 “The processes behind nanostores are not yet efficient” 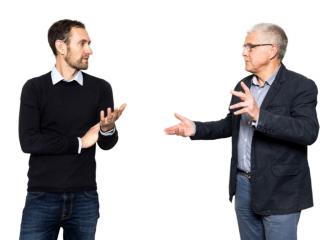 “We can contribute more to a better world”