Plea for reflection and moderation

Time for change: a plea for restraint

Fairness, compassion, solidarity, and sustainability are terms that have barely been heard during the current debate around the coronavirus pandemic. That is a pity, say Tilburg professors Sylvester Eijffinger and Paul van Geest. Together with Prince Carlos de Bourbon de Parme, they have written the book Wat is wijsheid? (“What is wisdom?”).

“The book actually wrote itself,” laughs Professor of Financial Economics Eijffinger. “We hope to provide clarity and make people think. Under the motto ‘never waste a good crisis,’ it’s mainly about the opportunities the pandemic offers for nature, our way of life, and the economy.”

The authors call their book a plea for restraint. “Many things in our society are completely out of hand,” explains Eijffinger. “Mass tourism, eating habits, the overconsumption of cheap goods. That’s having disastrous consequences. Air pollution, heat waves, famine... and now this virus. While we’re not to blame for its existence, the way it spreads is down to human behavior. It’s time for change!”

Many people are aware that things need to change, but they also long for unrestricted travel, partying, and shopping. In what way is the coronavirus really a wake-up call? “The virus is forcibly putting a lot of things on hold,” says Eijffinger. “Which is creating time to think about our behavior. Do you really have to fly to Rome for that one meeting? Are you really going to find peace at that cheap all-inclusive resort in Turkey? We are now seeing more clearly which revenue models are actually quite crazy, existing only by the grace of mass consumption. I don’t believe that we’re ever going to return entirely to the old way of doing things. If you ask me, the ‘Corendon model’ is no longer viable.” (Corendon is a leading Dutch provider of cheap, all-inclusive vacations.) 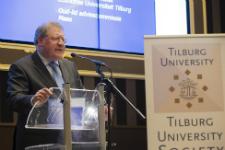 New business models are already emerging everywhere. If you ask me, the Corendon model is bankrupt

So what will replace it? “You can already see all kinds of initiatives and new business models emerging,” says Eijffinger. “Sometimes just small things. My favorite restaurant, which has started doing home deliveries. Physical meetings that can be held perfectly well online, thanks to technology. We humans are resilient, but we’re not there yet. Digitalization – a precondition for the new way of working – is not yet that well-organized in all countries. We also have to accept fair prices being charged for products and services. To quote Carlos de Bourbon de Parme, if you buy a t-shirt for two euros, that’s not the real price of that product. Even if it’s made in a low-wage country. Governments internationally need to take into account such factors as the environmental impact of production and transport, and a fair price for labor.”

Co-author Paul van Geest, Professor of Church History, points out that the message from spiritual leaders has been the same for the past 2000 years or so. But now that message is also being taken up by psychiatrists like Damiaan Denys: bad things do not just happen to us, they are propagated by people who fail to reflect on what they are doing. As a species, are we able to turn this tide? “Not in the short term,” Eijffinger believes. “But in the long term: yes. The virus is having huge consequences on all fronts. Change is everywhere. From the market for commercial tourism and the hospitality industry to health care and education. The Economist recently published a leader entitled “The absent student.” The annual migration of five million students worldwide is also going to take on a completely different character. We really aren’t going to go back to the old situation. Awareness is growing within society, within governments, and within institutions.” 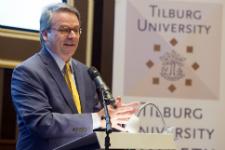 The message from spiritual leaders has been the same for the past 2000 years or so: bad things do not just happen to us, they are propagated by people who fail to reflect on what they are doing.

“We have no answer to exactly what the world will look like after the pandemic,” Eijffinger concludes. “Our plea is for reflection and moderation. Big steps are needed to force change, but with compassion. The recovery funds for southern European countries are an example of this. If governments take the right measures, and we all ask ourselves ‘Why am I doing this?’ more often, then this crisis may turn out to be a blessing in disguise.”

Prince Carlos de Bourbon de Parme and Paul van Geest discuss their book, Wat is wijsheid?, and how the spread of coronavirus is a result of mankind’s delusions of grandeur on TV talk show Op1, July 14, 2020: https://www.npostart.nl/prins-carlos-de-bourbon-de-parme-en-theoloog-paul-van-geest-over-hun-boek-wat-is-wijsheid/14-07-2020/POMS_BV_16236793 (in Dutch).

The Economist, “The Absent Student”: https://www.economist.com/leaders/2020/08/08/covid-19-will-be-painful-for-universities-but-also-bring-change. 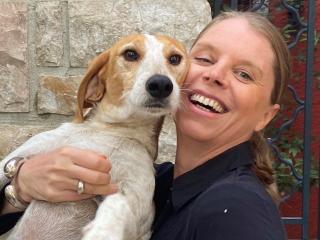 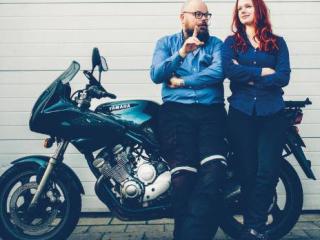 "It’s better if parents raise their children in a faith” 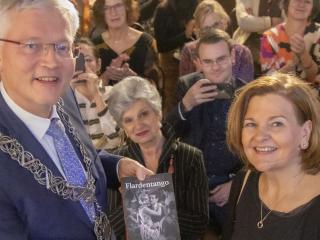 An intriguing novel about memories and truth