The daily newspaper contain full-page ads from the Dutch government: ‘Work from home. We are getting better and better at it’. This appeal to companies to allow their employees to work from home is necessary since there are still many businesses that force their workers to come to the office, even though they can do their work equally well from home. Given public health concerns this ban is obviously an ill-advised decision. But the employers concerned clearly put their business interests first. But is that wise?

A study by Thijs Brouwer, entitled ‘An Eye for a Tooth: The Effects of Employer Pressure on Worker Productivity’ throws light on this issue. He investigated how an employee reacts to undesirable behavior by an employer.

Ban to work from home

As regards the ban to work from home, the employer will come to this decision because he apparently has no confidence that employees will work as efficiently from home as at the office. In other words, his action is based on mistrust rather than trust. The result is that the employer puts psychological pressure on the workers to go against the government’s rules. What impact does this have on the workers who are affected by this decision?

Based on an economic experiment, Brouwer investigated whether there is a causal relationship between employers’ anti-social incentives towards workers and the subsequent productivity of those workers. In the above example, a worker is pressurized to work in the office – and thus to jeopardize other people’s health – under threat of being fired.

Based on this lab experiment, Brouwer has shown that employers, as a result of coercion, will themselves suffer in the long term. In our example: the employee will comply with the order – he comes into the office – but he experiences the unethical pressure exerted by his employer as unpleasant. He blames the employer for being cornered in this way, which significantly reduces the employee’s motivation and commitment. And this will adversely affect the employee’s productivity.

This study thus highlights the importance of moral leadership within organizations. In the context of our example: employers do well to allow their employees to work from home if the nature of the work permits this. It is good for public health, for the employee, and for the employer’s financial position. Mark Zuckerberg already said it: “Treat your employees right, so that they don't use your internet to search for a new job.”

Ads from the Dutch government: ‘Work from home. We are getting better and better at it’

The study entitled ‘An Eye for a Tooth. The Effects of Employer Pressure on Worker Productivity’ is one of three essays that form part of the PhD thesis Essays on Behavioral Responses to Dishonest and Anti-Social Decision-Making, which earned Thijs Brouwer his PhD on May 19, 2021. 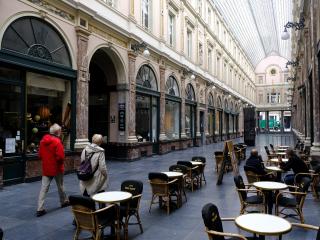 Transition paths as instrument for a skills-based career switch 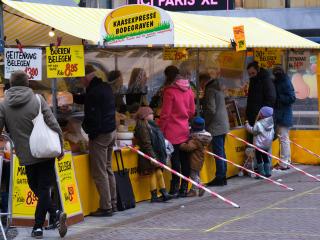 Why do people fail to adhere to COVID-19 preventive measures? 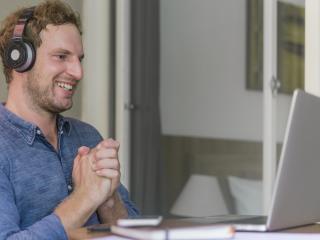