“The language of international law is no longer being used to build peace, but war”

The Russo-Ukrainian war is the latest example of how international order has become the ‘rule of guns and lawyers’, Professor of International Law Nikolas M. Rajkovic argued recently in Opinio Juris. We are at a dangerous juncture, he says. The war represents an epochal breakdown in geopolitical peace and security, and the consequences will extend beyond Ukraine’s sovereignty and people. Rajkovic is on a research sabbatical at the European University Institute in Italy, but Tilburg University Magazine talked to him to find out more.

In his blog Dead Right: Welcome to the Rule of Guns and Lawyers Nikolas Rajkovic explains why the ‘rules-based-order’ is an empty and problematic phrase, which is fueling global conflict. EU Commission President Ursula Von der Leyen referred to it recently when she said “War has returned to Europe…This is a clash between the rule of law and the rule of the gun…between a rules-based order and a world of naked aggression.” Law is certainly comprised of rules, Rajkovic says, but not all rules have the quality or performance of law. Moreover, key differences exist between and among laws as well. 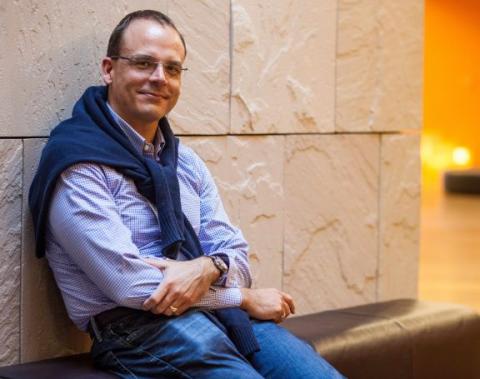 Whenever those distinctions become confused, a dangerous dynamic emerges where everyone claims to be 'legal'. For instance, in 2003, the United States and its allies took pains to allege that the Second Iraq War was legal, because it complied with prior United Nations (UN) Security Council Resolutions. Yet, Security Council authorisation for that specific invasion was denied. According to Rajkovic, the international order has now entered a legal quagmire, where the great powers use legalistic language, such as the notion of a “rules-based-order”, to pursue their war aims without Security Council approval.

The war in Ukraine exposes this major geopolitical and legal breakdown, he concludes. “The five ‘great powers’ (i.e. the permanent members of the UN Security Council) no longer agree on how to use and interpret international rules of peace and security. The US Secretary of State, Antony Blinken, conceded recently how America had over years contributed to this collapse of ‘the rules-based order’, but he implied subtly this was only in relation to former president Trump’s “America First” policy. The sad truth is that America’s distancing from the UN Charter long predates Trump. This historical pattern is something Vladimir Putin seized upon and highlighted in his alleged reasons for the Ukrainian invasion—given during his long televised speech. What is most alarming, however, is that Russia is continuing this great power practice of unilateral militarism, and the Ukrainian invasion is the most cynical and brutal version yet.”

But haven’t most wars in history been started in an illegal way?

“I think our point of reference must be the end of the Cold War. Specifically, the First Iraq War was based on an explicit United Nations Security Council resolution. There was a lot of celebration at that time regarding what George Bush Sr. called ‘the New World Order’. This proclamation implied that international violence would seek Security Council authorization. For several years thereafter, we witnessed a pattern of cooperation via the Security Council. However, piece-by-piece, this consensus broke down, when each great power decided it could provide its own ‘legitimization’—as a unique exemption—to pursue intervention or aggression without explicit Security Council authorization.

This has led to a degenerative path in the past quarter century, where rules or norms of international law are being framed to bunker geopolitical positions, deny compromises, and even escalate ‘civilizational’ differences towards war. International law is no longer used to build bridges, but to build walls and conflict. This is a really alarming structural development. We are gradually approaching the absurd scenario that the longer the Russo-Ukrainian War continues, the more we risk escalation toward World War III. Tragically, since every side is lawyered, each will claim their entry into World War III was “legal”. This is the sad folly of our historical moment.”

Do Western states and other states not have a responsibility now to take action against Russia?

“The easy answer is: of course. The hard answer is: how to take prudent action that balances every major danger? Remember, the Russo-Ukrainian War is also a symptom of serious geopolitical failure. This is a systemic collapse. There is some similarity to a collapsing building: how do we act to save people knowing that rash action risks the building collapsing on—and killing—the trapped and the rescuers? With nuclear powers involved, we must understand the intersecting perils and responsibilities at play.  If anyone claims there is a military solution, they are oversimplifying and grossly.

We are confronted with—at least—two simultaneous crises: the illegal invasion of Ukraine and a geopolitical breakdown of systemic proportions

We must diagnose the Russia-Ukraine war by combining International Law with International Relations. If one becomes fixed on a singular interpretation of International Law, we might quickly develop a legal rationale that races us toward nuclear war. Yes, aggression has been done against Ukraine, and we can identify the responsibility under international law to help Ukraine. But then international relations comes into the picture, and it becomes apparent that we are confronted with—at least—two simultaneous crises: the illegal invasion of Ukraine and a geopolitical breakdown of systemic proportions.

This is why we're in such a delicate and dangerous moment. NATO states and other non-NATO states are trying to provide weapons to a very outmatched Ukrainian army in such a way that they don't trigger a Third World War. We must not lose sight that the ultimate aim is to end the Russo-Ukrainian War, as well as triage this dangerous breakdown amongst the great powers. Going back to my earlier metaphor, the collapsing building may still fall on us all and the destructive worst is yet to come.”

Can you see a way forward?

"Let us start with two extreme conclusions, either: the Ukrainian army 'wins'; or the Russian army 'wins'. These are unlikely scenarios, and overlook the dilemma of what it actually means ‘to win’. Frankly, it should be clear by this point that there will only be illusory winners. The third way—which is what needs better championing—is a peace agreement made via difficult compromises by all sides beyond simply Ukraine and Russia. This is where international law becomes important, and is a vehicle to facilitate tough compromises for peace and thus saving lives.

The problem we face now is there are many competing political interests and factions among the warring parties, and their allies. In my view, many of these factions or interests are less interested in a peace agreement—even though that won’t be said explicitly. Further, these cleavages lead to serious contradictions, which we cannot turn a blind-eye toward. For example, we’ve all heard the framing of the Russo-Ukrainian war as a struggle between democracy versus authoritarianism. Yet, to undermine Russia as an authoritarian power, the United States is asking Saudi Arabia and Venezuela to increase oil production so Russian oil can be cut-off. Are Saudi Arabia and Venezuela democracies, or 'liberal democracies'? Then press fast forward: what if Trump comes back to power in the US? With these brief examples I want to underline my worry with framing the Russo-Ukrainian war in civilizational terms, because if civilizational “values” are at stake for every side—or faction—this discourages the tough compromises needed for peace. Even worse, to suggest the need for reasoned compromises seems like treason. It is profoundly disappointing if this mindset defines policy-making in the 21st century."

So are you pessimistic?

"I cannot say I'm pessimistic, but I’m very disappointed with and worried about expert leadership. Too many pundits and leaders suggest there is a military solution—even experts that one might consider to be democracy promoting. There is pervasive jingoism—and civilizational supremacy—visible across much expert analysis and many political speeches, and this is feeding chronic militarism. Not many experts or leaders are pushing toward the imperative and hard work of a needed peace deal. What's more worrying is that it’s hard to identify serious mediators, which have been easier to identify in past wars. That's how polarized things have become in international relations and across societies, especially on the European Continent."

Do you see concrete steps that can be taken now?

"The first one is to solve the issue of Ukraine's neutrality in detail. Now we hear about general agreement between Ukraine and Russia on Ukraine’s neutrality. Why was this not pushed strongly—and agreed upon—before the war started? It could have been done absolutely, and it was the responsibility of European leaders to pursue in my opinion. Did so many lives have to be shattered to date for this pyrrhic conclusion now? This illustrates the larger geopolitical problem I mentioned earlier, which feeds impulses for war in Ukraine.

However, what remains is the most difficult obstacle: the territorial issue. It’s very hard to make such tough compromises on territorial questions during a live war. The further the Russians advance, the ever more difficult this becomes. In addition, one of the forecasting challenges is we do not know Russia’s strategy and aims, and even military analysts in Washington D.C. are saying we do not have full and reliable information with respect to military operations and losses in Ukraine. To arrive at a peace deal, there needs to be a Crisis Group formed—urgently—involving at minimum Ukraine, Russia, China, the EU, and the United States. This contact group will need weeks of intense and difficult discussions—face to face—to generate the types of compromises needed for a peace agreement. Yet, this idea is no secret for any of the rival parties.

The point is to avoid tragic accidents, not to say afterwards ‘I was right to have the accident’

The blunt truth is leaders set their priorities, in terms of seriously seeking war or peace. However, we are presently stuck with leaders fixated on this tragic priority and mindset: ‘I've got my lawyer, and so here's my legal war’. My hope is anyone reading this interview realizes that outlook is a road to mutual oblivion.

That's why my opinion article is titled, ‘Dead Right: Welcome to the Rule of Guns and Lawyers’. ‘Dead right’ comes from an American folk-saying about the blame-game of traffic accidents. Whenever cars collide at a traffic light intersection, there is always someone who says: ‘but my light was green’! And then the police officer replies: ‘yeah, and you're dead right too.’ The point is to avoid tragic accidents, not to say afterwards ‘I was right to have the accident’.” This mindset seems to be dominating leadership at present, and we should all be worried about the implications for Ukraine and far beyond." 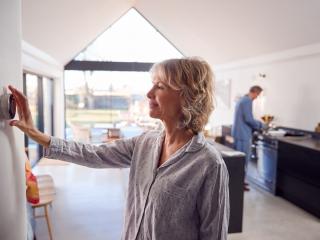 Energy market must up its regulatory game to restore consumer confidence 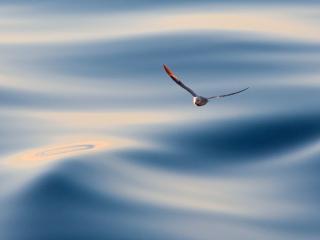 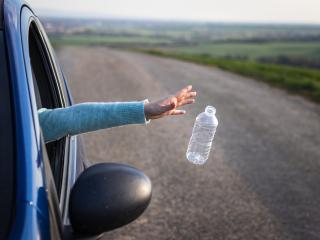