In developing economies, nanostores (i.e., small independent neighborhood stores) in urban and rural areas face different infrastructural, operational, and financial challenges. How can urban nanostores compete with supermarket chains as they enter the market? How can rural nanostores provide more services at affordable prices to sustain their operations?

The nanostores and their supply chain

Most of the world’s population buys its groceries in nanostores: small family-operated neighborhood stores. Particularly in the developing world, where supermarkets and other modern retailers control a limited fraction of the market, these stores are abundant both in urban and rural settings.

For instance, India and China are estimated to have 12 and 6 million nanostores respectively, with a large number of stores in other parts of Asia, Africa and Latin America. A recent book has documented the supply chain and operations strategies in the nanostore supply chain for a wider industry and general interest audience.

Nanostores are typically supplied by large Fast-Moving Consumer Goods (FMCG) manufacturers, such as Coca-Cola, Unilever or Danone. These companies realize a higher margin in the nanostore channel than in the modern retail channel where retailers like Walmart and 7-Eleven operate, but face a number of challenges in serving these stores. In a paper by Jan C. Fransoo (Tilburg University), Rafael Escamilla (Tilburg University and Kuehne Logistics University, Hamburg) and Christopher S. Tang (UCLA Anderson School of Management, Los Angeles), we propose that these challenges can be grouped in three clusters:

Academic research on the operations of nanoretailing is still scarce. Prior work has focused on the description of the strategies that are used to serve these stores in different contexts, as well as the trade-offs associated with these decisions. For instance, suppliers have to decide whether they will outsource distribution, or perform it themselves instead (Ge et al., 2019). In case they choose the latter, they also need to decide whether sales and distribution will be done jointly or separately (Boulaksil and Belkora, 2017). Other work has explored innovative distribution strategies in difficult environments, such as rural settings (Zhang et al., 2017)

There has also been work on the financial challenges faced in the supply chain, and the conditions under which credits would be beneficial in the supply chain (Boulaksil & van Wijk, 2018; Iyer & Palsule-Desai, 2019). Finally, the competitive landscape between nanostores and other retail channels, as well as within manufacturers supplying nanostores has attracted attention (Ge et al., 2020).

A myriad of technologies and business models are emerging to tackle the challenges in the supply chain. Following Hau Lee’s description of the characteristics of top-performing supply chains, that need to be agile, adaptable and aligned, we propose 5 characteristics that these innovations are bringing into the nanostore supply chain. We posit that for rural settings these innovations are seeking to increase accessibility and affordability of basic items and services.  On the other hand, in urban settings, technologies and business models are targeting the ideal of the Triple-A proposed by Hau Lee.

Nanostores in the rural context

In the rural context in emerging markets, the fundamental challenges that stores face affect their viability. For example, the low population density and poor infrastructure make it hard for companies to set up proper distribution networks. Solutions are thus emerging to increase the accessibility of nanostores to basic services, by building smart replenishment systems that consolidate nanostores inventory with e-commerce packages, or that leverage local communities to organize supply. These solutions also seek to make it more affordable for rural nanostores to replenish their stores, so that they can in turn offer affordable products to the local communities.

Nanostores in the urban context

In the urban context, the nanostore commercial potential for brand owners is very large, so that accessibility and affordability do not constitute the main target of technologies and business models. Interestingly, many of these technologies and new business model are fully in line with the original Triple-A concept. Agility, which relates to the ability of supply chains to react effectively to short-term changes in demand, is being tackled by the development of route planning and tracking software that is specifically designed for the nanostore setting, as well as by the creation of value-added services, that seek to leverage local information to improve the performance of supply chains. Adaptability has to do with the ability of supply chains to evolve to long-term market trends. Companies are achieving this by developing financial solutions tailored for nanostores, or by helping stores offer financial and e-commerce services to the communities they serve. Finally, alignment refers to the ability of supply chains to align the incentives and interests of their members. This is being achieved by partnerships between financial institutions, nanostores and FMCG companies that seek to leverage operational data from manufacturers to assess creditworthiness, thus allowing banks and fintechs to minimize risk while still offering affordable credits to nanostores. Another example is that of the stockists in India, an entity that is responsible for supplying a small number of nanostores, and that is responsible for managing credit and ensuring adequate supply on behalf of the manufacturer.

In our paper, we discuss how the digital transformation in the nanostores is seeking to address the basic challenges in the rural context, and to create a high-performance supply chain in the urban context. We cover a variety of technologies and business models around the world, and provide a number of avenues for future research in the nanostore context.

Ongoing research and next steps

The paper further discusses opportunities for future research. These include differences in modeling paradigms stemming from objectives that may differ from those of developed countries (e.g. stores may want to cover basic needs, whereas organizations may be interested in the development of local communities instead of maximizing their profit), as well as contextual inhibitors. Finally, there is opportunity for a variety of research methods, ranging from stylized modeling to randomized control trials and econometric analyses. Much of this research is being conducted by our research team here at Tilburg University. 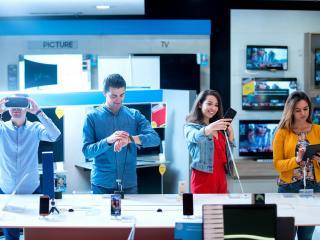 When does the left-side-digit tactic work best? 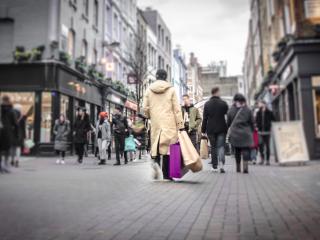