Together with Avans, Buas, Fontys, HAS, JADS, TU/e, Station88 and Braventure, we present a series of events where inspiring entrepreneurial topics are discussed and interesting companies, founded by Dutch Entrepreneurs, will be interviewed. All partners have committed to this series of monthly entrepreneurship events. Each month a different partner will be the host of the event. These events are accessible online to all students and other people interested. Prior to the Venture Visionaries event, it is possible for startups to book an Expert-hour. Organized together with Braventure, where you can book a free online time slot to get information on IP, legal and accounting issues for your own business.

Keep an eye on the events page to sign up for the next edition: 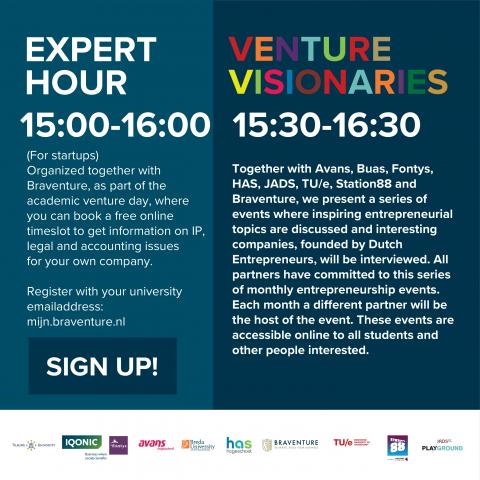 Jeroen started as a student entrepreneur over 20 years ago, providing text message solutions to night clubs and festivals. Currently, CM.com is a multinational and located in 22 countries worldwide. You might know CM.com as one of the main sponsors of the Formule 1 Grand Prix in Zandvoort.

Students had the opportunity to meet Jeroen on-site at the headquarters of CM.com and speak with him in person during the networking drinks. 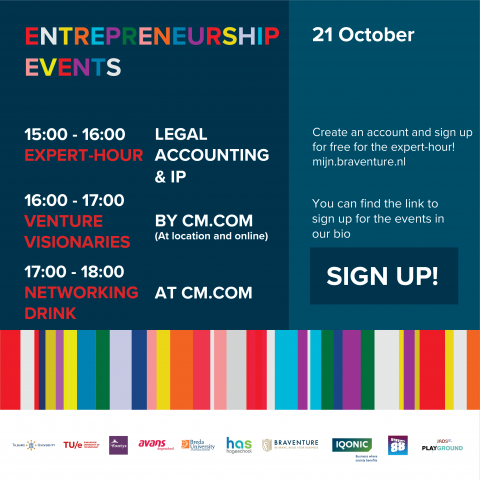 For the 3rd edition of Venture Visionaries we managed to invite Raymon Pouwels, CEO of e-scooter startup GO Sharing. He'll tell you all about GO Sharing's startup journey how they raised 350,000 users, 4,000 scooters and 50 million euros in just 18 months. 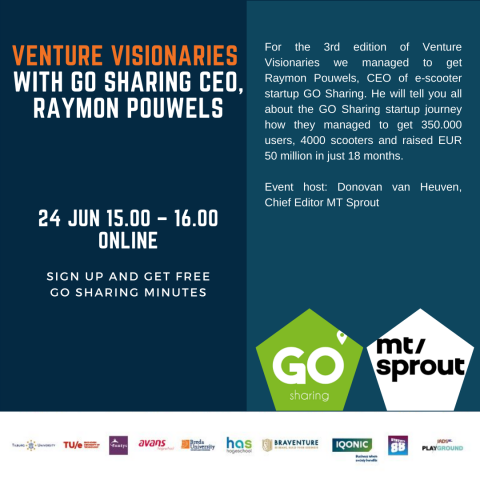 The initial idea sparked when Co-Founder John Bakker started flying in 1999. Like every pilot he became frustrated that flying invariably involves departing from a location that is inconvenient and landing somewhere you do not want to be. Always leaving a car and a plane/helicopter behind. Thus, he embarked on a journey to create a car that could fly. A dream cherished by mankind for more than 100 years. PAL-V shared their story during Venture Visionaries on how they will achieve their goals, especially during covid-19.

Nølson is founded by Niek Koedam. Nølson tries to conquer the shirt market (but doesn't want to become Suitsupply). How will Niek achieve this goal? After his studies, Niek immediately went to work setting up Nolson. Nølson produces and sells shirts that you can wear both casually and formally and also offers value for your money. Nicely made shirts are always very expensive, cheap ones are anything but nicely made. A little dull with chest pockets and such, but that's not what students and recent graduates are waiting for. The target group they serve is clear: young men. With at a decent price of 50 euros.

But how do you survive as a clothing brand among the large supply and where many clothing stores go bankrupt - even during Covid-19? Niek shared more about his adventure during Venture Visionaries. 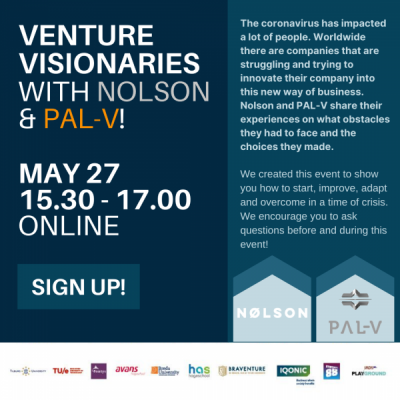 Operational in over 120 cities in the Netherlands and with over 1000 electric delivery vans on the road, Picnic has since its founding in 2015 evolved into one of the fastest growing companies of the Netherlands. But how did they reach such a prominent position in such a short period of time and what kind of obstacles did the company have to overcome to reach such a position?

This and other questions that you as students can ask yourself will be answered during this event! 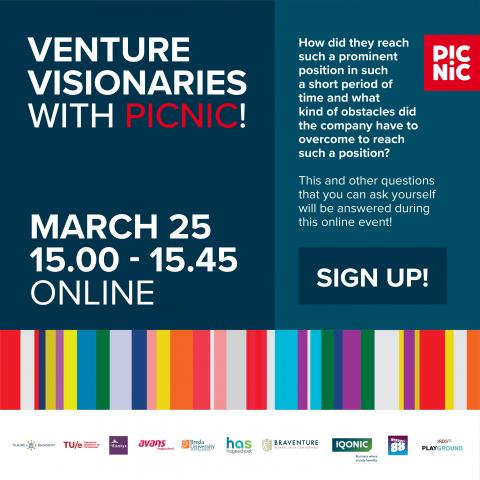 Do you want to stay informed about entrepreneurship within Tilburg University?

By subscribing to our community we will keep you up to date about entrepreneurship with the latest news, upcoming events and other inspiring stories.