Grotius and the Invention of Modern Law

The Dutch humanist Hugo Grotius, a.k.a. Hugo de Groot, (1583-1645) is known for his spectacular escape in a book chest. But did you know he ranks among the intellectual giants of European legal history? In this lecture, Professor Randall Lesaffer will explain his significance for the development of modern law in Europe and the West. (English / SG-Certificate*)

Grotius was a Dutch humanist, diplomat, lawyer, theologian, jurist, poet, and playwright. Maybe best known for his escape in a book chest from ‘Slot Loevestein’ where he was imprisoned. But the intellectual all-rounder wrote during his life a number of masterpieces on law with which he also became world famous.

His work on ‘The laws of war and peace’ was and is considered one of the founding texts for the historical development of modern international law. At the same time, it also played a key role in the development of a legal thinking that takes the autonomy of the individual, and her inalienable fundamental rights as its points of departure.

Professor Randall Lesaffer is a jurist and historian who was educated at the universities of Ghent and Leuven. Since 1999, he is professor of legal history at Tilburg University. He is also professor of international and European legal history at the University of Leuven. His work focuses on the history of international law in its political context, in particular of the 16th to 18th centuries. Among Tilburg University students, he is most known for his interesting lectures. 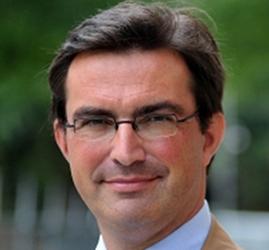 All You Need to Know About…

This is a lecture in the series of introductory lectures on essential topics and inspirational thinkers in academia and the arts. After this ‘pressure cooker’ of maximum 60 minutes by an expert you can safely engage in a conversation about the topic discussed. Read more about the series All You Need to Know About...

This lecture is organized by Studium Generale.