The building is a project by architect Anton Becker, completed in 1997. 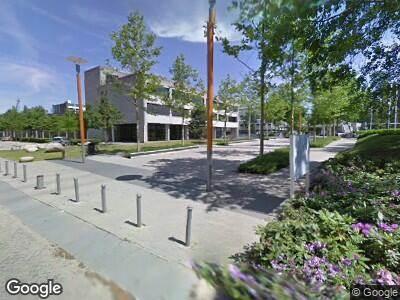 On the first floor, there are two large, one medium, and several smaller lecture halls as well as a large number of workstations. On the floors, offices can be found.

The building was originally intended to house the Law School, but in 2005, it became home to the Humanities. Dante Building received its name in the fall of 2005 when three faculties moved in: faculteit Communicatie en Cultuur, the faculteit Wijsbegeerte and the Theologische Faculteit Tilburg. These three faculties were brought together under one roof as a first step towards a merger that would lead to the formation of the faculteit Geesteswetenschappen on January 1, 2007, to be known as the Tilburg School of Humanities and Digital Sciences.

On the way to the move, the Deans launched a competition for the name. The name had to be a good reflection of the wide range of humanities disciplines that would be brought together in the building. And in accordance with the naming policy of the time, the building had to be named after a person. The winning proposal named the building after Dante, the Italian poet and novelist, whose epic La Divina Commedia is a high point in the history of literature.

The hall features several works of art, including a rotating panel by Belgian artist Narcisse Tordoir, in which the contours of the Netherlands play the leading role.