Artificial Intelligence is changing society at lightning speed. New developments happen within the blink of an eye. And Tilburg University is no exception with the sudden rise of TAISIG: The Tilburg University Artificial Intelligence Special Interest Group. TAISIG's goal is to combine, coordinate, and strengthen all AI activities within our knowledge institution. TAISIG Talks and Events, for example, delivers engaging lectures and theme nights with keynote speakers, organised in collaboration with the MindLabs ecosystem. The speakers involved are not just anyone. We are proud to introduce them to you. In this edition of 'The speakers of TAISIG' we'll hear from Prof. Emile Aarts, Professor at Tilburg University.

Emile, we'll start right away. After all, the world of AI won't stand still either. So, who are you and what work do you do?

I am a mathematician and physicist by training. I'm from the first generation of scientists in the Netherlands that worked with computers. Alongside several others, I was fortunate enough to contribute to the development of Computer Science as an independent subject in the Netherlands. I was employed by Philips Research for a long time. And currently I am a Professor of Computer Science at Tilburg University. Every day I work on data science and artificial intelligence there. My role is mainly about coordination; I research grant options and opportunities for collaboration.

Your areas of expertise are data science and artificial intelligence, so not the easiest topics to wrap your head around, are they?

I understand the assumption that it must be difficult; people outside our field tend to think so. These subjects are often associated with nerds for a reason. But it doesn't have to be the case at all. I sometimes see kids as young as 11 or 12 building really clever things with Lego MindStorms... It's mostly about being interested, I think, and a little talent helps too! 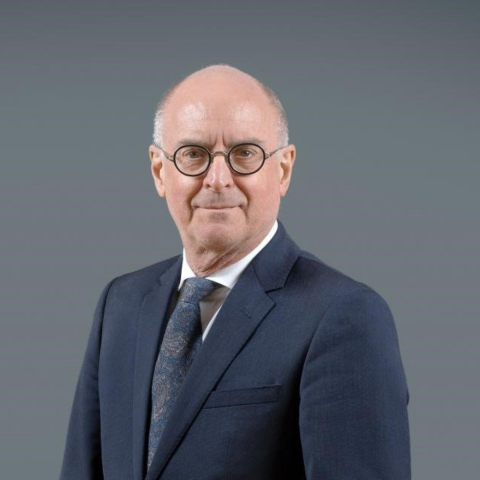 Artificial intelligence is an incredibly exciting field and I believe that it's the most important scientific development of our time.

How do you explain what exactly you do to laypeople? Family and friends over drinks, for example.

I tell them that there is such a thing as artificial intelligence (AI). And that we are working on it with robots and computer systems. I then try to explain it using examples from everyday life. AI is used in smartphones, cars, behind the scenes when the parcel delivery guy brings a package, in social media, you name it. But I also like to touch on how it can be taken further by talking about things like films set in the future. And if they are still interested and want another drink, I tell them that we are making a copy of the human brain. Of eyes and ears, of what a person thinks and feels. Those artificial brains process information and draw conclusions based on it. And this intelligence may eventually evolve into a kind of 'superintelligence' that transcends humans.

Oh, it's a long story. It all began with the 'mathematics of operations research' that I was exposed to shortly after my PhD, during my time at Philips Research. Mathematical models and techniques like this are used, for example, when making schedules for the use of people and resources in performing tasks. Take teaching at a university; one teacher wants to work late in the day, another early. Then you have to deal with things like room capacity and availability, and the students all have their own requirements too. But we are also talking about work schedules in hospitals and transport logistics or distributing calculations across different computer systems. As soon as I came into contact with this discipline, I knew that this was for me. My studies were very theoretical, but at Philips I learned about these kinds of problems in practice. That's where my interest in the field began.

I have been involved in this initiative from the start as lead of the core scientific team. We started with occasional small group meetings, and now we have real TAIGIS Talks and Events for a wide audience, fully catered for with different speakers from all kinds of backgrounds. In these activities, I mainly act as a kind of moderator and instigator. I tell about what I am currently doing in the Netherlands and Europe in the organisation and development of Artificial Intelligence programmes.

As a university we are not doing badly at all either. We have TAISIG, but also MindLabs and JADS, for example.

Artificial intelligence is an incredibly exciting field and I believe that it's the most important scientific development of our time. These kinds of applications play a role everywhere and affect everything, tackling societal challenges not only in companies but also in government. We like to call this Artificial Intelligence for the Social Good. I also see something very special in today's Generation Z of young people. I find them beautiful and fascinating because of their great social and civic engagement. But at the same time, I wouldn't want to be young myself now. Today's young people have many responsibilities because the previous generations have made things a little difficult with climate change and many conflicts around the world. I also see many people worried, claiming some responsibility, being critical and looking for solutions. It's impressive. But at the same time, it's a shame that these concerns are necessary at all. So if I can do something for that generation, then yes, please! Another motivation of mine is that I want to ensure that there is an understanding of AI developments within Tilburg University, the city of Tilburg and the province of Brabant, as well as across the Netherlands. The university has a dual position in this. Although many activities are being organised in this field, a real strategy is still lacking. Tilburg University has about 2,000 students in the AI corner, but this is not seen and publicised enough. This is also true for the many AI projects undertaken at TiU. I hope to change that with TAISIG. We can discuss this in the TAISIG Talks. And we can put activities related to this on the map. After all, we all need to get and stay connected with each other.

When I see how much funding is made available in the Netherlands for innovation in AI, then we are doing well. Through the National Growth Fund alone, the government has allocated over 204 million euros in research grants for AI for this year. And that's being spent as we speak. As a university we are not doing badly at all either. We have TAISIG, but also MindLabs and JADS, for example. And there are many other parties with whom we have sought to collaborate. All of this adds up.

It's wonderful to see how people rise to the occasion during these evenings.

What makes such a TAISIG evening worthwhile for you?

We design the programme for our evenings very carefully. In selecting topics and approaching speakers, we try not to let them outstrip each other. And we plan very tightly. When you speak you notice it too; you have optimal preparation, right down to a dry run. It's almost like a theatre performance in that sense. This comprehensive preparation guarantees that it will be fun and interesting to listen to. And the idea of a live audience really energises me. Together, we offer a programme on topics that are of current interest and appealing. I love that, not to mention listening to those who moderate the sessions. Just listening to the introductions by Mirjam Sieseling and Marie Postma is a delight. It's wonderful to see how people rise to the occasion during these evenings.

Extending the TAISIG community. Right now, I am talking to PhD students within the university because they also have a kind of TAISIG Talks. It would be nice if we could merge the two. And I would love to make editions for students too. Or else put a team of 30 bloggers to work and broadcast the best blogs each month. Due to the whole Covid situation, I'm still finding my way feet in that regard. Will hybrid working become the norm? Or will we do away with it all? I am trying to coordinate activities within the university even better. And I am continuing to engage in strategic planning.

Want to know more about Emile Aarts' field of expertise? Or see what a Special Interest Group theme meeting might look like? Watch the TAISIG Talks here. Will we see you at the next edition? 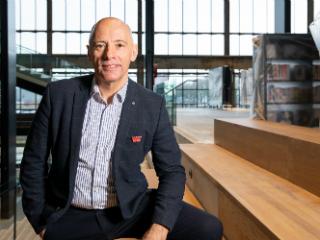 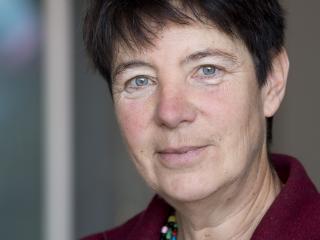