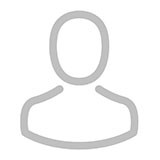 My name is Josefina Safar and I'm working as a postdoc in the project Emergence of Language in Social Interaction (ELISA), led by Connie de Vos. In this project we are looking at homesign systems used by deaf individuals and their families in Bali, Indonesia.

During my PhD research at Stockholm University, I documented indigenous sign languages in four Yucatec Maya communities with a high incidence of deafness on the peninsula of Yucatán, Mexico. I specifically focused at the question how co-speech gestures used by the hearing population are incorporated into shared sign languages.

In 2017,  I spent six months as a visiting researcher at Victoria University of Wellington, New Zealand,  working on sociolinguistic variation in the New Zealand Sign Language corpus. My stay was financed by a grant awarded by the Royal Swedish Academy of Letters.