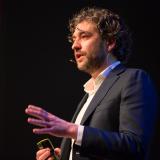 Professor of Regional Law and Governance

I am a Professor of Regional Law and Governance at the Tilburg Institute of Governance (TIG), the Head of the Politics and Public Administration Section, and a Scientific Director at the Tilburg Center for Regional Law and Governance (TiREG), all at Tilburg University. I studied public administration and received my doctorate (cum laude) from Leiden University. From 2007 to 2015, I was an Assistant and Associate Professor at the Faculty of Technology, Policy and Management, Delft University of Technology. I was also a Fulbright-Schuman Research Fellow at Harvard University and a Visiting Professor at the London School of Economics and Political Science. In 2012, I was awarded a prestigious NWO Veni grant aimed at analysis as well as design of multi-actor and multilevel regulation and governance. In recent years, the region - in its various sizes and shapes - is increasingly at the heart of my research.

Over the years, I have developed a broad expertise in public regulation and multilevel governance. I started my career studying international institutions, such as the International Criminal Court, whilst also being employed with the Netherlands Ministry of Foreign Affairs. I subsequently wrote a PhD about European governance, particularly EU agencies, their institutional development, autonomy and legitimacy. Currently, I am focusing on new forms of urban and regional governance and variation in the effectiveness thereof between and within regions and across problem areas, including organized crime, energy transition and economic development. My research is published in top tier journals such as Public Administration Review, Regulation and Governance, Public Management Review, Regional and Federal Studies, and Sustainability. Together with Maurits Waardenburg and Jorrit de Jong, I won PAR's 2018 Chester Newland Award for a paper on evidence in public administration.

At Tilburg University, I teach in the Public Administration bachelor and the master programmes and supervise several master and PhD students. I am also active in a number of executive education programmes including those of the Management Development Bureau (ABD) for higher civil servants in the Netherlands, the Netherlands School of Public Administration (NSOB), and the European Institute of Public Administration (EIPA). Topics on which I teach include public decision making, policy implementation, regulatory supervision and enforcement, performance measurement, strategic public management, local and regional governance, European governance, and multilevel governance.

I am closely collaborating with other scholars, companies and governments - in the region, the Netherlands and internationally. For example, I am one of the coordinators of the Organized Crime Field Lab (OCFL), in which I collaborate with among others the National Police, the Public Prosecutors Office, the tax office, local and regional governments, and private parties, as well as with Harvard University and the University of Oxford. I am also leading an EU-funded project on energy neutral neighborhoods (SMILE), in which regional and local governments, energy cooperatives and a private company experiment with innovative governance approaches. Together with Utrecht University, Birch and Berenschot, I am currently involved in a project in which we monitor - in real time - the governance of the Region Deals that have recently been negotiated by the central government and various regions in the Netherlands.